BIG SKY COUNTRY AND THE BATTLE OF THE LITTLE BIGHORN 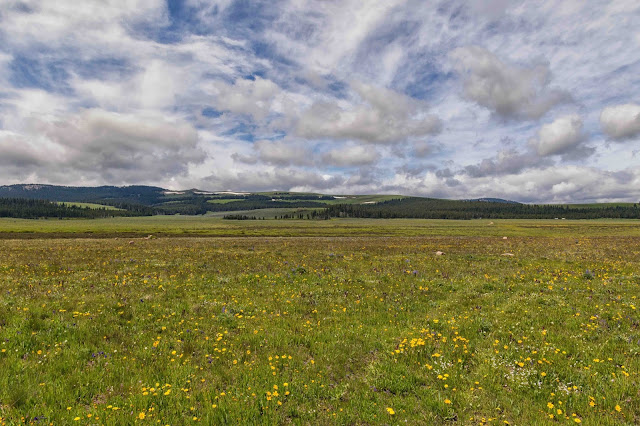 Day four of our tour takes us into Big Sky Country also known as Montana. The crossing from Wyoming into Montana is seamless; same endless grassy plains and infinite blue skies. It becomes more and more apparent as the miles pass that this is also Indian country. They may not claim most of this land any longer, but their presence is felt everywhere. Small herds of buffalo remind us that once millions of buffalo grazed these plains and hundreds of thousands of native Indians pitched their tipis among them.

Battle of The Little Big Horn 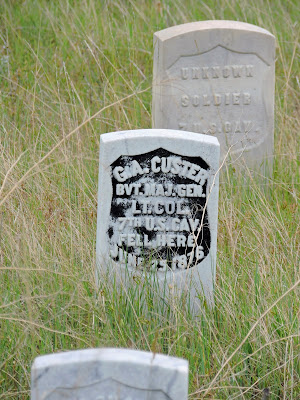 The Indian’s continuing fight to keep land they’d called home for as long as they could remember culminated in the ultimate stand against the US Government at The Little Big Horn River on June 25, 1876. Today, we are visiting the site where the combined tribes of Lakota, Northern Cheyenne and Arapaho and the United States 7th Cavalry headed by Lt. Col. George Armstrong Custer battled for the rights to this land. Thousands against hundreds, it was a slaughter. Custer and 41 of his men, isolated on a ridge overlooking the Little Bighorn River below, shot their horses in a desperate and failed attempt to shield themselves against the Indian’s attack. The battle,  often called “Custer’s Last Stand”,  is really the last big stand for the brave Indian tribes for their own land. In the end, United States forces eventually overwhelmed them and claimed the land for themselves. More importantly, they finally got what they really wanted--the land’s gold.

Painting in the Visitor's Center showing what it must have looked like
moments after the battle.
(Double click on any photo for a full screen view.)

What it looks like now with grave markers of Col. Custer and his men where they fell.
Custer's grave marker, painted black, is in the middle.

The day is wet, cold and blustery which matches the mood of this somber place. Standing on the top of the ridge with The Little Bighorn River below, I’m in the exact spot where Custer and his men died in battle. As I look outward to the beautiful, fertile valley below, it is hard to fathom the unimaginable carnage that took place here. The grave stones dotted around and down into the valley remind me of the immense sadness of this place where 262 of Custer’s men died that day. Many of the enlisted men are buried in a mass grave now marked by a memorial monument on the ridge. Custer’s remains were reburied at West Point; however there is a marker where he fell. 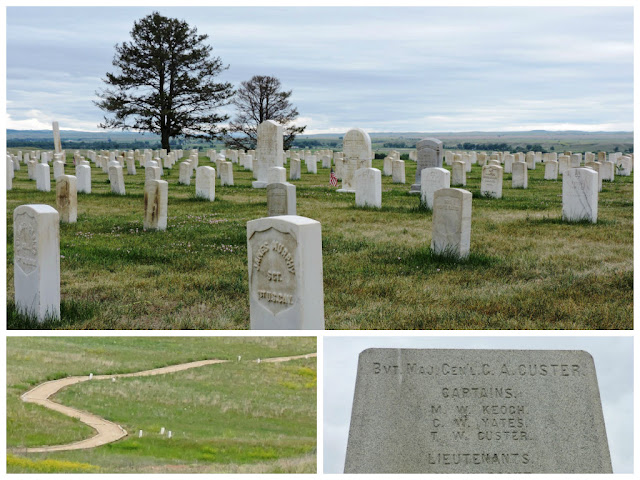 The Officer's bodies were reburied back east, but the others were buried in a nearby
cemetery. Some were buried where they died. (bottom left).
Dayton, Wyoming

Our moods brighten as we cross back into Wyoming for a date with big slice of homemade pie. We’ve been promised that the pie is awesome and coffee hot at our next stop at the Elk ViewLodge, in Dayton. We weren’t disappointed. I went for a slice of pecan pie, but I could have had the lemon meringue, or apple, or peach, or blueberry or….. Well, you get the picture. I could have had a slice of each and not felt a bit guilty!

Ain't much there in Dayton, but the pie's good and the scenery ain't bad either!
(photo courtesy of Larry Miner) 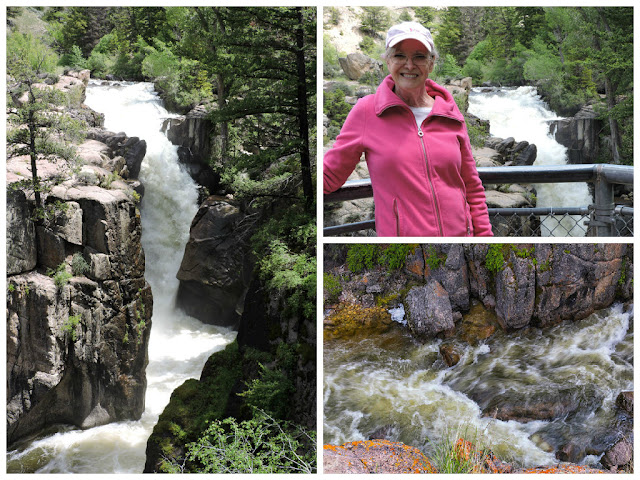 Shell Falls, Big Horn National Forest
(I may look relaxed, but it was cold!) 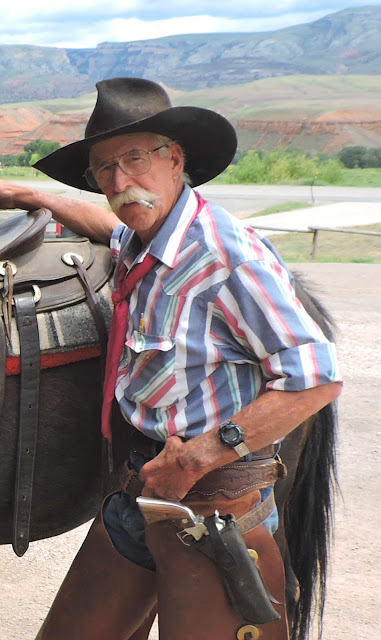 The Sweetest Cowboy in the West

Heading on down the mountains, we stop briefly to admire Shell Falls in Big Horn National Park before stopping at Dirty Annie’s for buffalo burgers and meet the sweetest cowboy anywhere in the west. I guess you could say I’m “sweet” on old Irv and his horse, Speedy. Grizzled, gregarious and just plain kind, he is instantly likable. Enthusiastically posing for pictures and spinning yarns for our amusement, he also let it be known that he’s in the market for a wife. When asked what kind of wife he’s looking for, he scratched his stubbled chin and replied, “Well, I’ll tell ya. I’d take just about any pretty little thing as long as she don’t mind me bringing in a lamb to warm in the kitchen sink on a cold night.” Ladies, if that sounds good to you, you can contact Irv at Dirty Annie’s in Shell, Wyoming! (By the way, Irv says he’s a rancher, not a cowboy, but he can sure pass for one!) 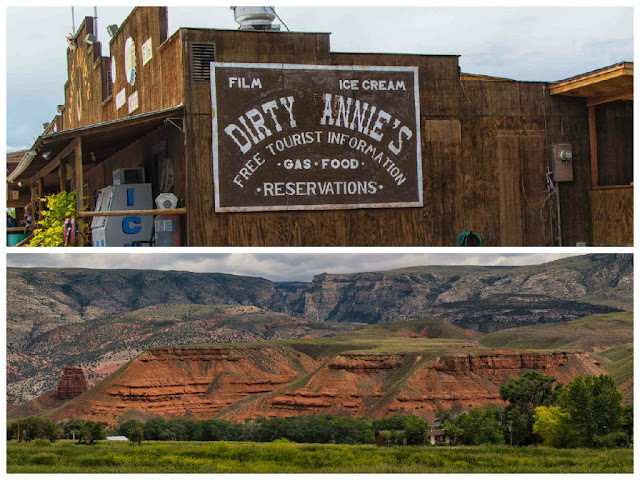 Dirty Annie's in Shell, Wyoming. This is where Irv has his ranch, Gals!
(photos courtesy of Larry Miner)

Next time: Buffalo Bill Cody and his town
Posted by theworldaccordingtobarbara.com at 6:08 PM