The Lake District is where London born Beatrix Potter (author of classic children’s books like “Peter Rabbit”) considered home.  Beatrix and her family started vacationing in the area when she was sixteen and fell in love with it.  Over her lifetime, this breathtaking landscape became not only her home but her passion.  She used the proceeds from her books to eventually buy fifteen farms and over 4,000 acres of land that she willed to the National Trust to be preserved for all time. Beatrix understood the importance of preserving the culture as well as the natural beauty. And my tour group and I were going to have lunch at one of her farms. 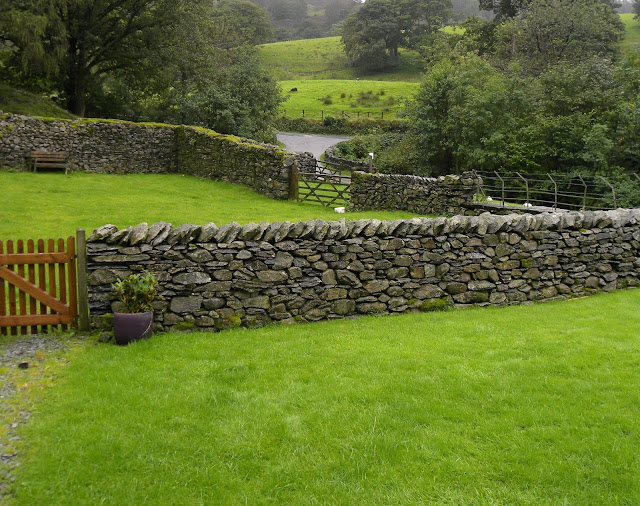 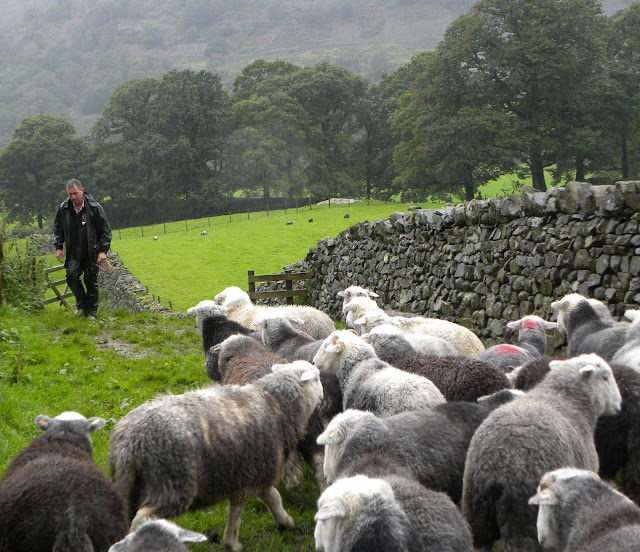 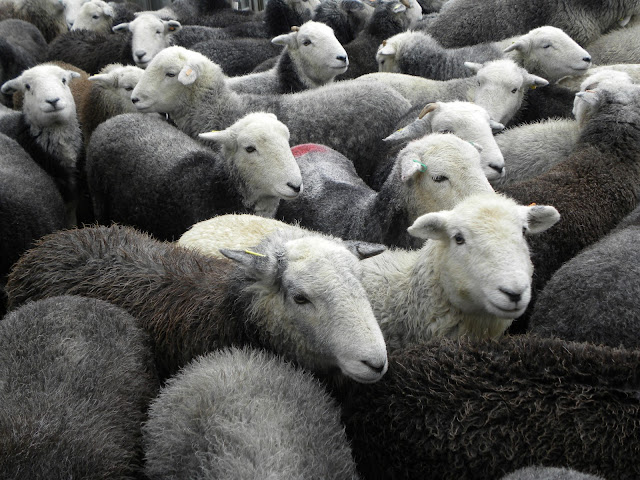 It was very hard to leave Yew Tree Farms.  I could have so easily unpacked my bags, ordered tea and settled in for a long, long time.  But, reluctantly we boarded the bus and Davie, our driver, very carefully maneuvered our massive coach through tiny country lanes back to the main road and drove on to our hotel in Shap.   On the way, we passed the town of “Giggleswick” and I wondered if it had been named by the same guy who named “Birdlip” in southern England! 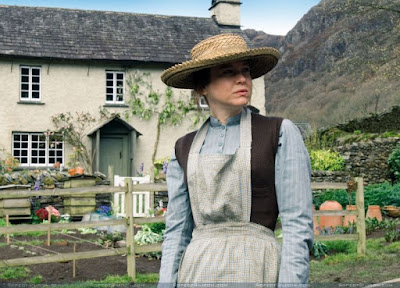 One of my favorite movies is "Miss Potter" with Renee Zellweger. Many
outdoor scenes were shot in front of Miss Potter's door!
(Originally posted in 2012)
by Barbara Champlin
Posted by theworldaccordingtobarbara.com at 12:16 PM No comments: