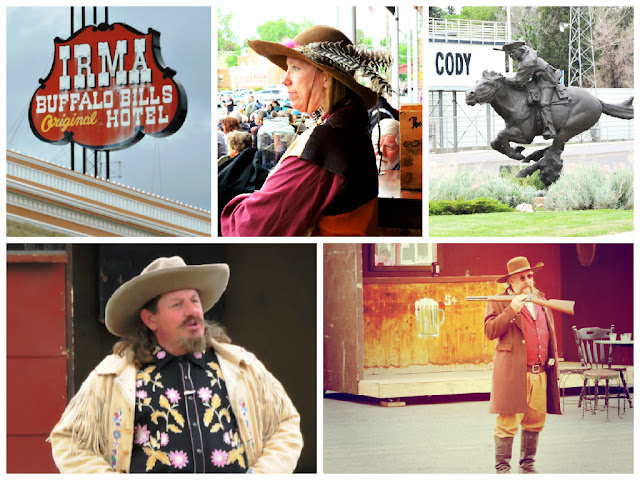 The Cody Gunfighters at the Irma Hotel.
The Hotel was built by Buffalo Bill in 1902 and named after his youngest daughter,
saying it was "...the sweetest place you ever did see!"

We arrived in Cody, Wyoming just in time to catch a show of the Cody Gunfighters at the historic Irma Hotel; a rootin’ tootin’, gunslingin’ romp starring the likes of Buffalo Bill Cody, Wild Bill Hickok, and Calamity Jane. Starting our stay with a smile it was a great introduction to Cody, a town founded by old Buffalo Bill himself back in 1901. 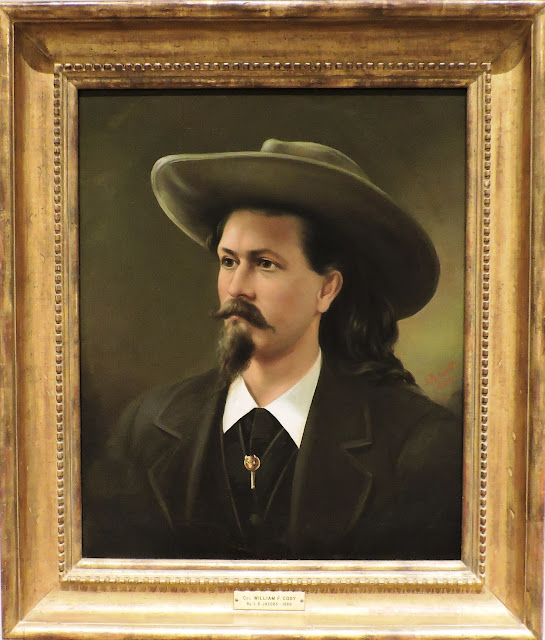 
He earned the nickname, Buffalo Bill, by killing 4,280 buffalo (his count) to feed
the construction crews working for the Kansas Pacific Railroad in 1867.
(Portrait hangs in the Cody Museum)

Back in the days of the Indian Wars, men like Buffalo Bill became heroes. Indian fighter and scout for the US Government, he quickly became the stuff of legend, epitomizing the essence of the Wild West. Awarded the Congressional Medal of Honor for his military service in 1872, his exploits gained national attention through the novels of Ned Buntline. Also starring in one of Buntline’s plays, he was wildly successful as a personality and honed his theatricality through eleven seasons. In 1883, he formed his famous Wild West show which featured acts like Annie Oakley’s sharpshooting and real Indians whooping it up in a rousing depiction of Custer’s Last Stand. An international sensation, the show traveled the globe for thirty years, even performing for Queen Victoria.

Needless to say, Buffalo Bill made millions over his career, but he mismanaged most of it. One of his successes, though, was to join a group of investors to found a new town. Located in northeast Wyoming close to the Shoshone River, he quickly saw the location’s potential for ranching, farming, hunting and fishing. It was also 53 miles from Yellowstone National Park which was beginning to be a big tourist attraction.  The only trouble was, it lacked water. Construction on the Cody Canal was started in 1895, but when the Federal Government decided to fund dams and irrigation systems, Cody sold his water rights to the government and work on the Shoshone Dam began. With access to plenty of water together with a railroad line joining Cody with the rest of the US, Cody became a boom town. 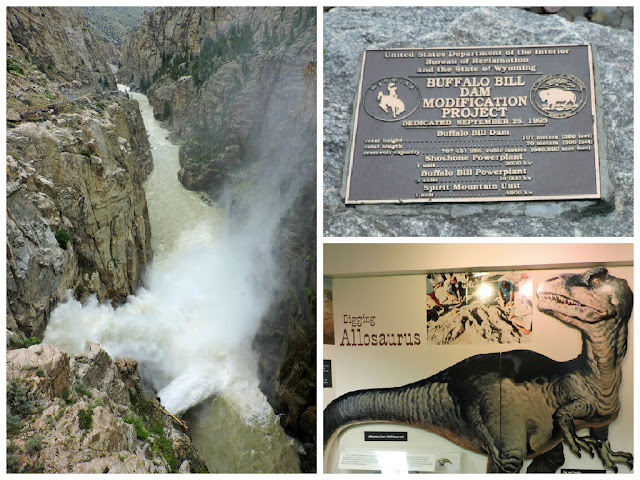 The area was already known as a paleontologists dream when Cody invested in the new town.

The Cody Museum, Buffalo Bill Center for the West 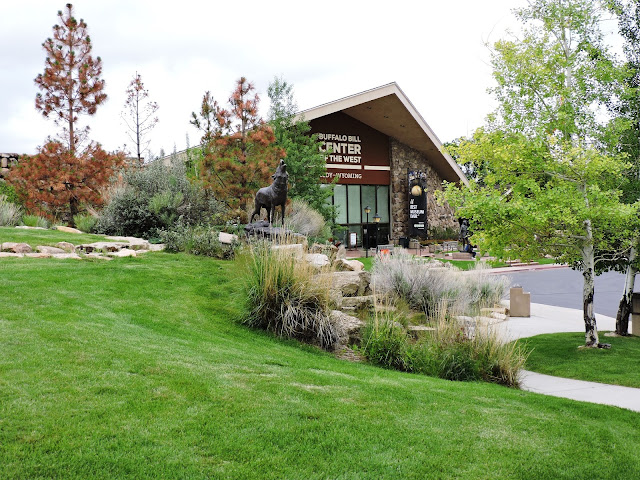 Affiliated with the Smithsonian, the Center contains an excellent collection of western culture, art, history and wildlife. Divided into four major wings, the Center features The Buffalo Bill, Natural History, Western Art and Firearms Museums. It is a must on your bucket list if you ever have the good sense to visit Cody, Wyoming! 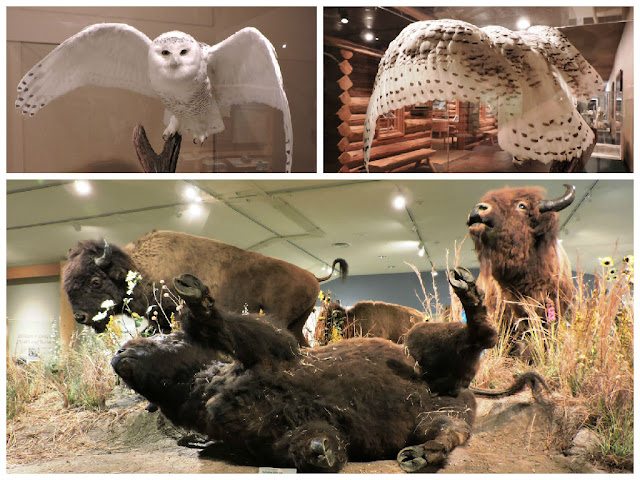 The taxidermy and the vignettes are excellent! 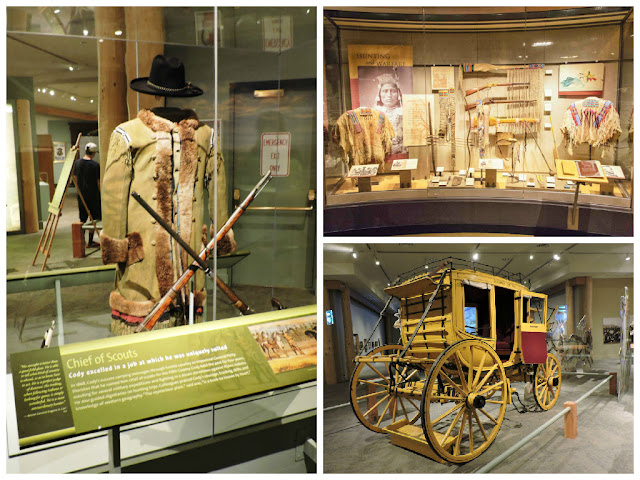 Buffalo Bill got hired riding shotgun for the Pony Express at the ripe old
age of 14. He went on to serve in the US Army as a civilian scout. 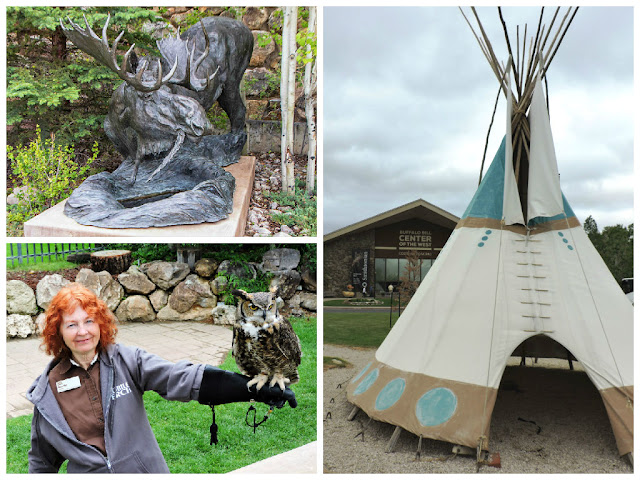 Outdoors, the center features wonderful bronze sculptures and fun activities for
both adults and children alike.

(Some pictures provided by Larry Miner. Double click on any picture for a full screen slide show.)

Posted by theworldaccordingtobarbara.com at 3:02 PM