BETWEEN HERE AND THERE

I planned on stopping in Auburn, CA to visit my friends Kay and Tom for a couple of weeks before going home.  Shelly wanted to accompanying me but came down with something that left her speechless (literately--she had laryngitis for days) and was very sick.  I would have loved her company but I assured her I would be just fine on the road by myself.  I decided to break up the nine hour trip by staying in Redding overnight and continuing on to Auburn the next day.

On Saturday, January 14, the kids waved to me as my overstuffed Olds and I bounced down the driveway.  It was very cold and lightly raining when I started out.  A heck of storm was headed straight for White Salmon that night and Shelly and Michael were afraid I might get caught in some of it in the pass.  They had me call at every gas station fill up just in case.  But every mile I traveled the weather became nicer and nicer.  And the warmer the temperature became and the bluer the skies the  happier I was to be speeding toward sunny Southern Cal.

It was an incredibly beautiful drive.  I didn't realize that Oregon has such lovely farm land.  I could have spent a week photographing one textbook red barn after another, and vowed I would do just that one day.  Then it occurred to me that I was in no hurry and what a shame it would be to rush through such gorgeous country.  One of my favorite places to visit is Ashland, Oregon and when I saw the sign pointing to the exit, I said to myself what the heck, I'll spend an hour in Lithia Park.

I could live in Ashland.  It is a beautiful cosmopolitan town nestled in the green hills of lower Oregon.  They host the famous Oregon Shakespearean Festival which is presented in an authentic Globe style theater, plus they have a university all tucked among quaint Victorian homes.  And right downtown there is a picturesque stream flowing through one of the prettiest parks I've ever seen.  Lithia Park is of course prettier in spring and summer, but I will have to come back to show you what it looks like then. 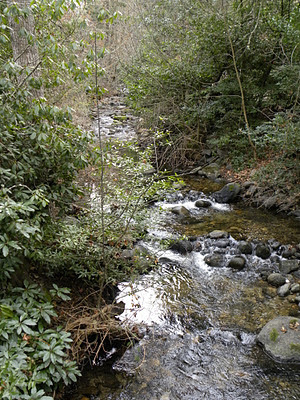 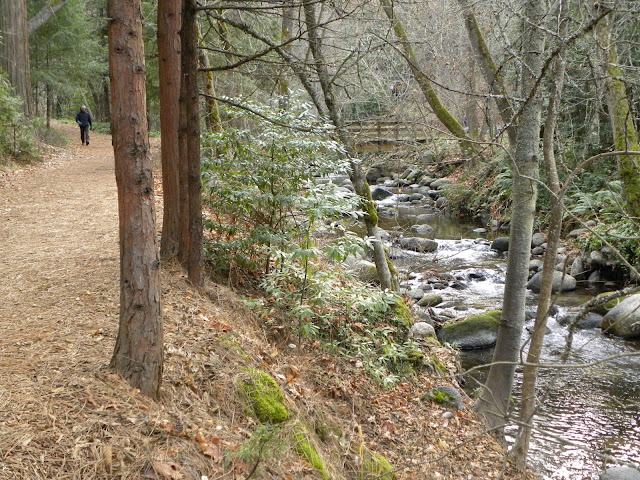 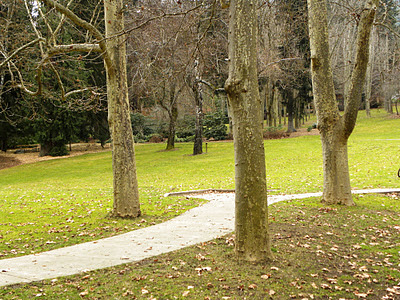 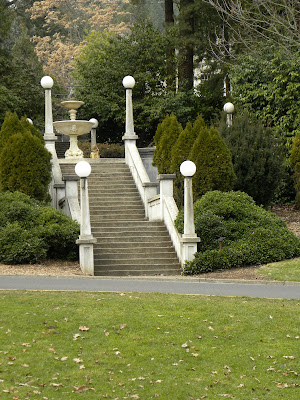 Back on I 5, Mt. Shasta soon loomed up out of the flat farm fields.   I snapped picture after picture of it while I was driving.  It was a dumb thing to do, but what a sight! 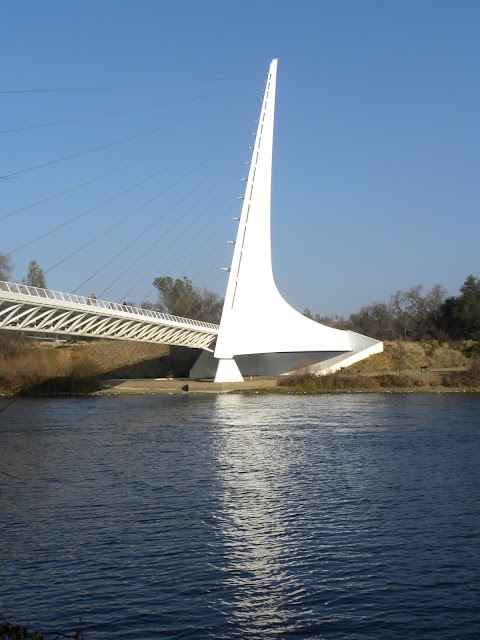 From now on I will plan a journey allowing plenty of time to discover what is out there to see and do between destinations.  The whole trip can be about what is between here and there.
Posted by theworldaccordingtobarbara.com at 5:39 PM No comments: