CLOSE ENCOUNTERS OF THE WILD WEST KIND!
Hitting the trail early on our second day, we watched Rapid City fade into the distance and soon crossed the border into Wyoming. We would be on the road most of the day, but there was plenty to see along the way. The first was Devil's Tower. 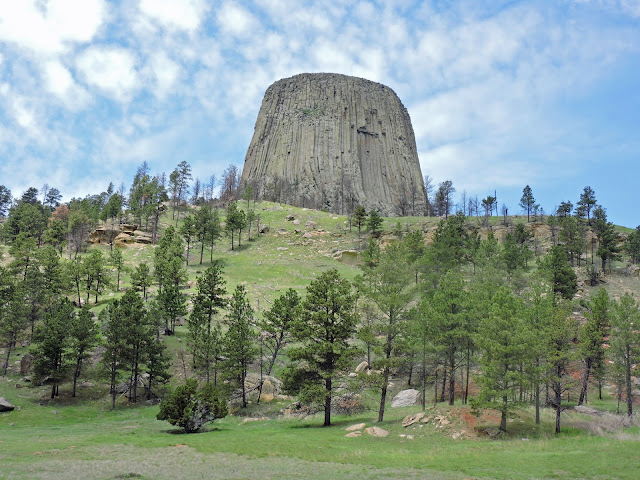 “I know this sounds crazy, but ever since yesterday on the road, I’ve been seeing this shape. Shaving cream, pillows…. Dammit! I know this. I know what this is! This means something. This is important.” (Roy, as played by Richard Dreyfuss in “Close Encounters of the Third Kind”, written and directed by Steven Spielberg) 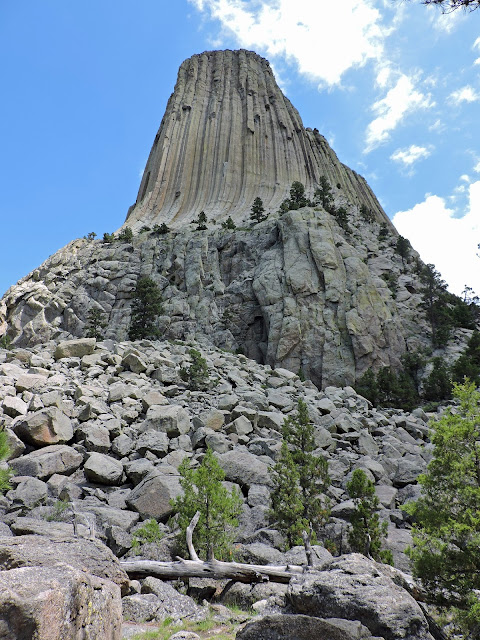 It’s easy to see why Devil’s Tower inspires legend, wonder and awe as well as a blockbuster movie. Shooting out of the earth 867 feet straight into the air, its eerie shape seems sculpted by out-of-this-world forces. Surely, the gods must live here, or so thought the twenty-some Indian tribes who believed the place to be sacred. In fact, it just might be that Spielberg’s movie was inspired by a Cheyenne legend. It tells of a great hero called Sweet Medicine who had a vision before he died and was buried beside the Tower. He foretold of “…the coming of white men, strangers called Earth Men who could fly above the earth, (and) take thunder from the light…”

So, how did this amazing natural wonder get the ominous name of Devils Tower? Bad translating, apparently. The Arapaho called it “Bear’s Tipi” and the Cheyenne called it “Bear’s Lodge” or Mato Tipila.When the Tower was discovered by a white explorer, Col. Dodge, on a discovery expedition in 1875, his interpreter translated “Mato Tipila” as “Bad God’s Tower” instead of “Bear’s Lodge”. Eventually, the unfortunate translation was shortened to Devils Tower. 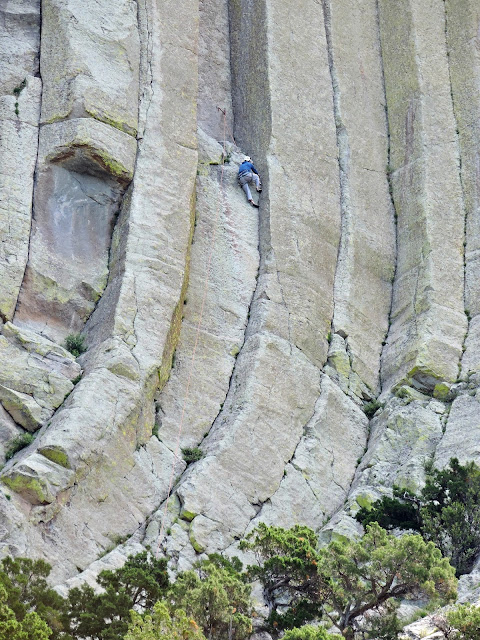 Devils Tower was created by molten lava being forced upward into sedimentary rock about 50 million years ago. As it cooled, the mass contracted and fractured into giant columns. Erosion exposed the formation over the millennia leaving something mystical and magical for some, and just plain amazing for others.

View of the valley from the base of Devils Tower.
(Photo courtesy of Larry Miner) 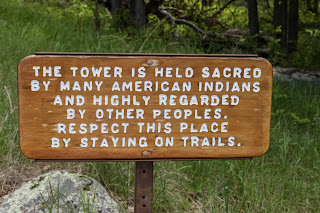 A very nice trail circles the Tower with a terrific view of the countryside below. We saw a lot of critters too. I know I saw a chipmunk and I think I saw a roadrunner! 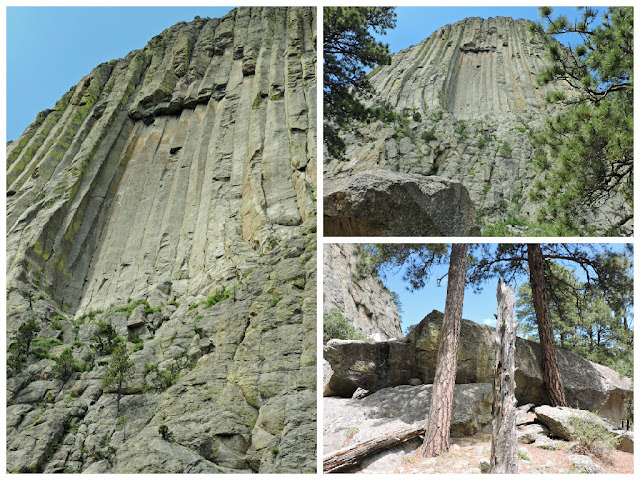 On the backside of Devils Tower, a huge chunk of the side has fallen off. The
picture on the bottom right shows just how huge the columns are. 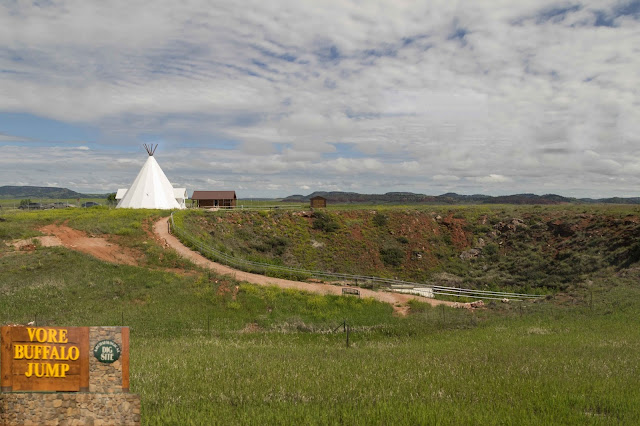 Leaving the Bear Lodge Mountains, we head out into the Wyoming plains, passing the Vore Buffalo Jump. The plains Indians herded buffalo into the pit where they could be easily killed. Nothing from the buffalo was ever wasted. They had over 50 uses for the hide, meat, bones, bladder, muscle tendons, blood, tail, beard, teeth, fat, skull, hooves and all the organs. 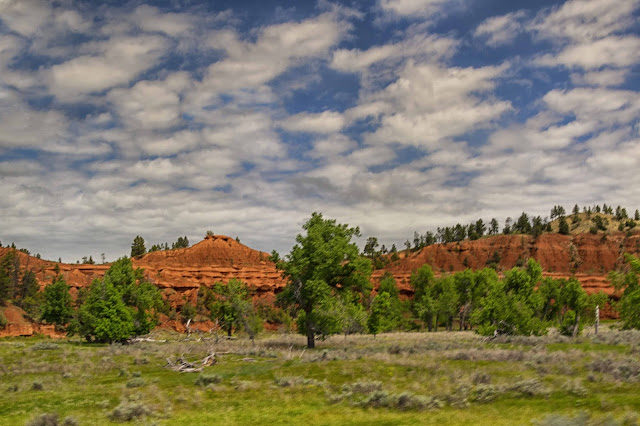 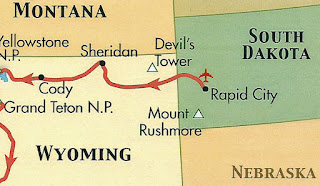 The rest of the day we spent watching miles of Wyoming landscape pass by our bus windows while we head for Sheridon for the night. Mostly flat and green and capped with endless blue skies, the scenery is mesmerizingly beautiful. 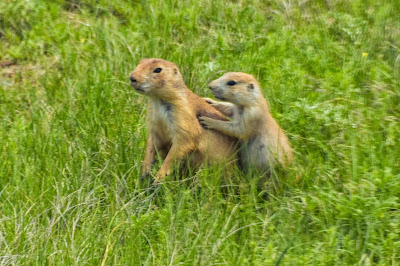 We stop to watch a family of Prairie Dogs turn watchful eyes toward us. The young ones soon forgot about us and went back to frolicking in the grass while the adults stood like sentries, ready to sound the alarm.

Next Time: Battle of Little Big Horn
Posted by theworldaccordingtobarbara.com at 6:53 PM