What a great place! It is absolutely magical! If you love history and architecture and ambiance you will love Amsterdam! 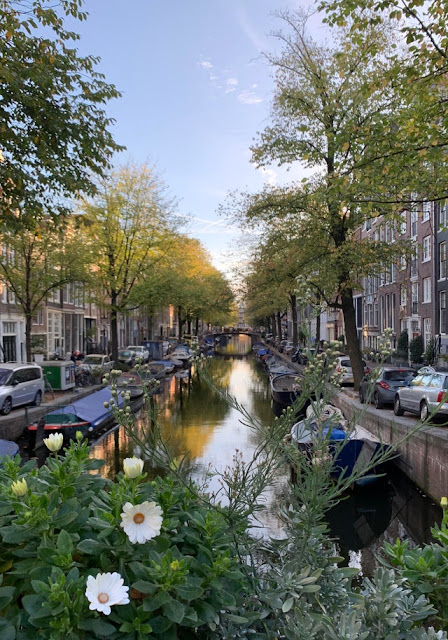 DID YOU KNOW…that Amsterdam is like Venice? The historic heart of Amsterdam is built on a series of canals that are used for commerce and transportation.

Booked on a Viking Cruise that started in Amsterdam, we allowed ourselves a few days to enjoy the city before departing for our tour of the Rhine River. Unfortunately, I only got to spend a day and a half of sightseeing before I fell and broke my pelvis in two places, but I am grateful I got to see as much as I did. (A complete blow by blow description of my Humpty Dumpty act is described in the previous post.😬)

We stayed in an airbnb right in the heart of the old city on a charming street aptly named, Bloemgracht, meaning Flower Canal. After checking in, we couldn’t wait to get out and start exploring and with practically everything in walking distance we laced up and started out. Pausing at the first cross street, we waited for a gap in what looked like a horde of bicyclists to pass by. Looking around, we saw that bicycles were everywhere, locked up on bridges, or ridden by people whizzing by at break neck speeds going somewhere fast. Beware! Bicycles have the right of way here not pedestrians. You could be road kill with no apologies! When we finally saw our chance to cross the street, it felt like dodge ball at recess. Any lollygagging would have meant tire marks crisscrossing our bodies. 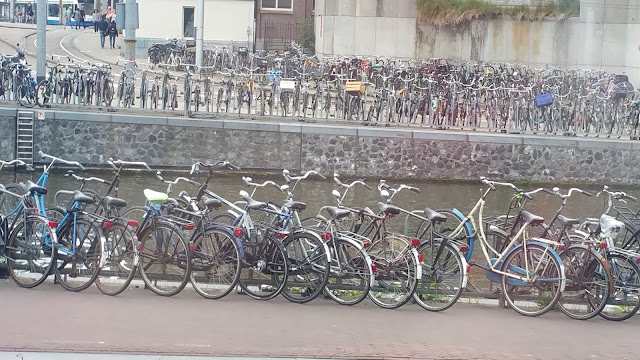 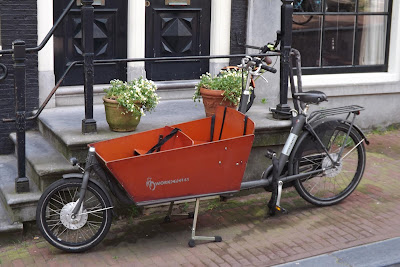 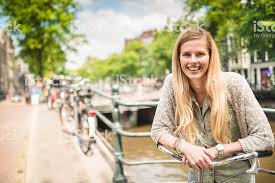 Besides being dangerous on bicycles, the people are gorgeous! I don’t know what kind of water they’re drinking, but every single one of them are tall (at least 6 feet), thin and athletic—even the elderly; and every one rode their bike, trike or peddle cart like a bat out of you-know-what. (Google images)

DID YOU KNOW…? Amsterdam has the largest number of bridges in the world—2,500! (The entire Dutch coastline has been wrestled from the North Sea and is an extraordinary framework of canals, dams, dikes and windmills.) 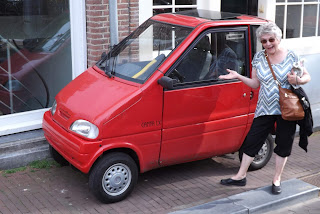 Like Venice, Amsterdam uses its canals for transportation. Unlike Venice, however, it has streets although they were not meant for modern cars. Those who do have cars must have a dickens of a time finding a place to park them. We saw one resident pull into a garage the size of a small golf cart. The others are jammed packed along the tiny streets fronting the canals. It’s no wonder so much of their population rides bikes and looks like Greek gods. (Picture of my friend, Kay.) 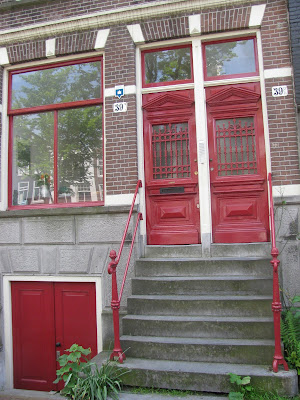 That's a garage on the left! 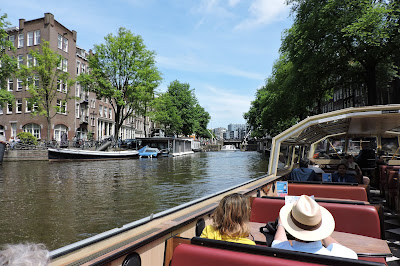 The first thing on our agenda was to hop on a canal boat to tour the city. The main attraction is, of course, the Gentlemen (Herengracht) and Emperor (Keizergracht) Canals where the wealth of Amsterdam is proudly displayed in its houses.

These gorgeous homes feature narrow facades that tower 4 or 5 stories tall, topped by bell shaped gables, and strangely enough, a hoist. The practical Dutch used their attics as storage space, and what better way to get their goods and groceries up there than by a pulley system. There they stayed dry and protected from the frequent floods. 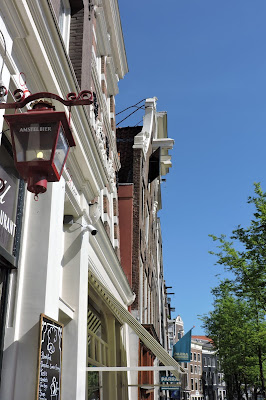 DID YOU KNOW…?  The houses are slightly tilted outward so that whatever is being hoisted doesn’t hit their expensive windows! 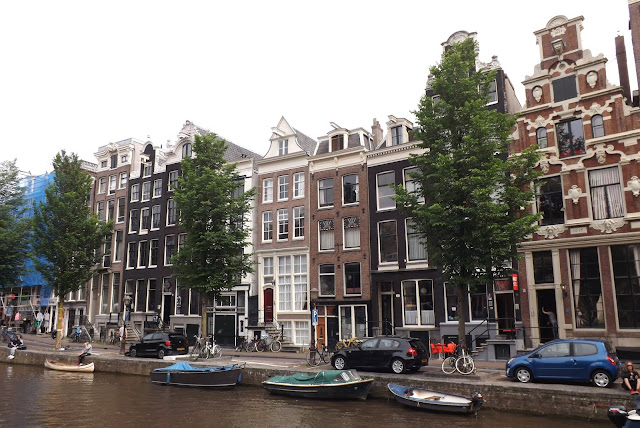 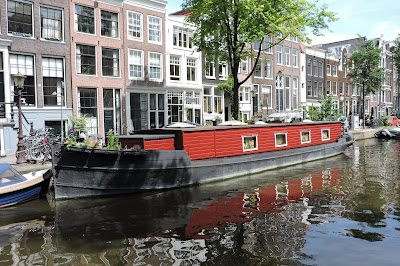 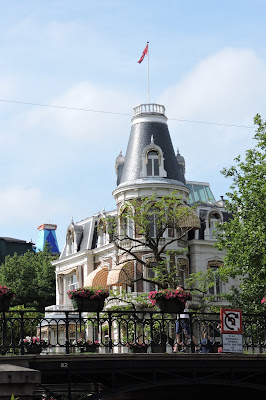 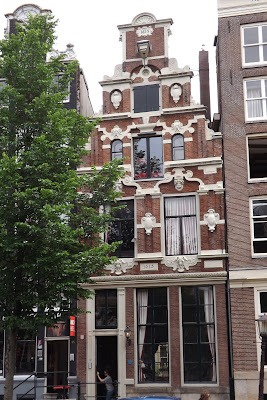