STRATFORD-UPON-AVON AND OXFORD, THE HEART OF ENGLAND

“It is to you upon the languid river that I return again and again….” 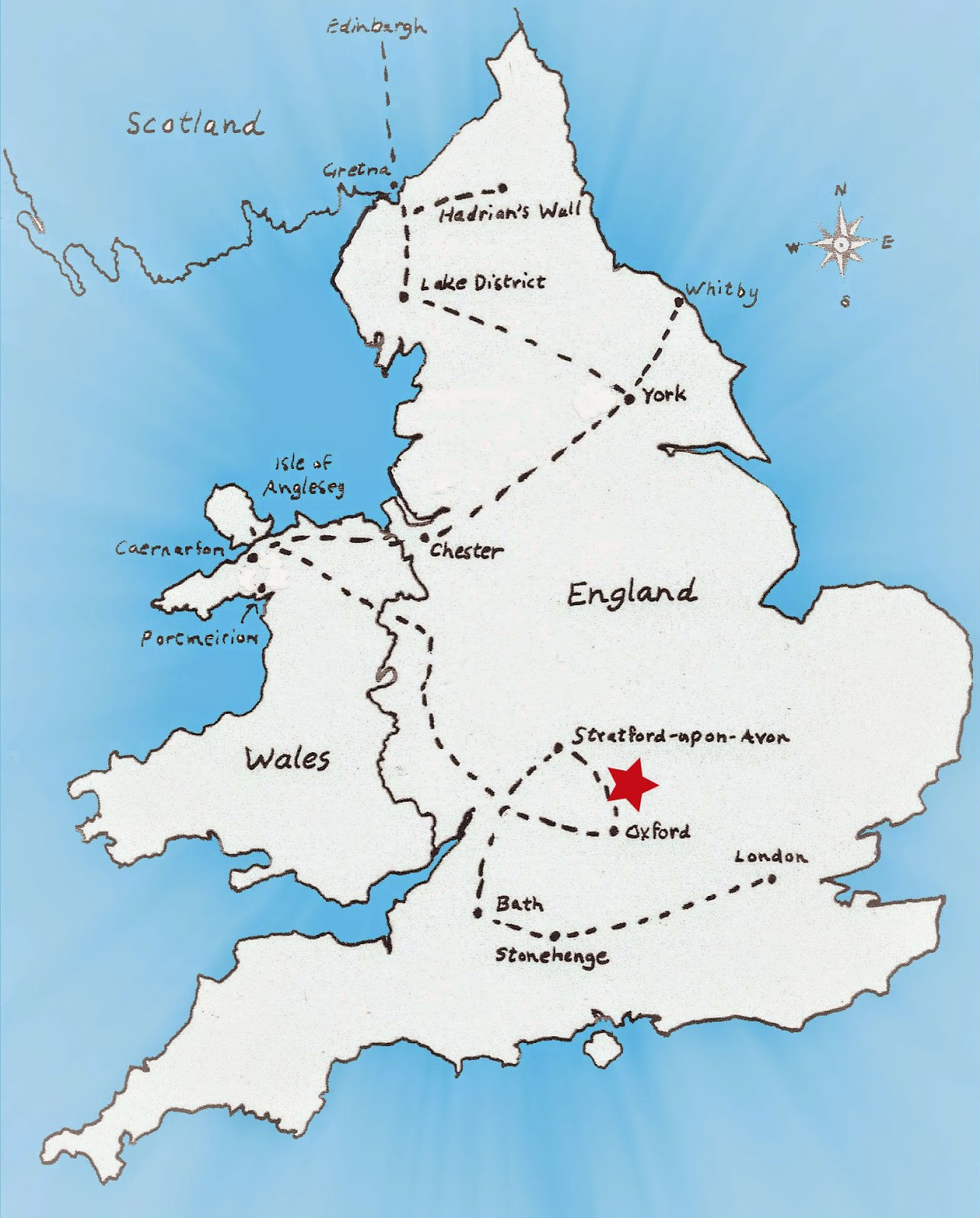 Shakespeare didn’t actually say that, but I’m sure that’s the way he felt about his hometown of Stratford-upon-Avon.  Born in 1564 to a prosperous glove merchant in a middle class home, he attended school just a block away, and grew up to marry Anne Hathaway who only lived a mile down the road. Over the years he divided his time between London and Stratford, buying a grand house called New Place and retiring there. He died in 1616 and was buried at the church where he had been baptized and married. He could have been buried in the prestigious Westminster Abbey beside the other notables of England, but he declined preferring to be buried in the town and church he clearly loved.

I could see why he loved it. It is a serene village located in the heart of England. The Avon River tranquilly flows through town overhung with weeping branches which trail in the ripples of its water like fingers and swans graciously allow canal boats to share the river.  It is an idyllic place away from frenetic London life.

After our driver Davie parked our enormous bus, Anita passed out maps and told us we had about an hour on our own before we were to meet her at the Edward Moon for lunch. That didn’t give us much time so everyone scattered in different directions, maps in hand. A few of us headed over to what looked like the main street where I saw a small crowd of people huddled around a sign on a very old building. I craned my neck over their shoulders and read, “Birthplace of Shakespeare”. I stepped back a few paces to take pictures of his childhood home when a couple approached me and asked me to take their picture with it in the background. I said “Of course, certainly.” and babbled something like “If you don’t like it, I can take another.” With charmed expressions on their faces, the husband asked me where I was from. I brightened and said, “San Diego!” and with that their faces fell and they walked away without saying another word. I wondered briefly what that was all about when it occurred to me that they must have thought I was English! I knew I had been picking up Anita’s lilting accent but I didn’t realize to what extent!  I couldn’t help it. I flashed a beaming smile in their direction and said, “Cheerio!” 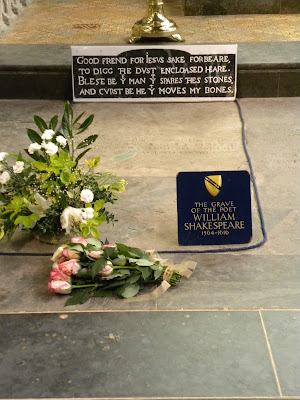 I thoroughly enjoyed wandering the rough stone streets of Stratford seeing the town through Shakespeare’s eyes. I ended up a few blocks down the river at Holy Trinity Church where at the age of 52 he was buried. The sign placed at the head of his grave reads:

"Good frend for Jesus sake Forbeare,
To digg the dust encloased heare.
Bleste be ye man (that) spares thes stones
And Curst be he (that) moves my bones.”

Translation:“Don’t go digging me up and moving me to Westminster Abbey, damn it.”

The only two things I knew about Oxford was that it was a college town and that it was the inspiration for many of the scenes in the Harry Potter movies. I had hoped we could have seen some of the places made famous in the movies like the dining hall located in Christ Church College, but while we didn’t see that one we did see one very similar just smaller. Besides, I found out later, even Harry Potter didn’t actually use their dining facilities because of the difficulty in filming at the same time 300 students were being served three meals a day. The producers ended up having to build a set of the Hogwarts’ dining room in an airplane hangar.

The day we were there it was like a beautiful San Diego day, warm and mild with the sky a lovely blue lifting our spirits. Even the college buildings themselves elevated our mood being built with that same sun drenched stone I’d seen at Bath which made the town feel welcoming. There were only a few students around, but I could feel their youth and vitality in the numerous bicycles parked in racks, the sports team banners in the college’s courtyards and the numerous bookstores where I found them, jersey clad and texting.

Anita took us on a guided tour and gave us some background on the town as we walked the cobbled streets. “Oxford is the oldest University in the western world having been established in 1169 and is actually comprised of 35 colleges. Each has its own sports team, library, dining hall and cultural organizations. Over its 843 years it has graduated 25 Prime Ministers, 47 Nobel Peace Prize winners, 20 Archbishops, 12 saints and 1 Mayor of London. Prior to the establishment of the colleges, Oxford was a small Saxon village. The residents over the years have not always welcomed the students and they’ve occasionally thrown pitch forks and rotten fruit at one another, however they seem to be getting along swimmingly now.”

She then took us on a tour of Lincoln College, one of the smaller colleges but no less prestigious. All of the colleges we found out are built around a “Quad” or quadrangle landscaped with grass and flowers, making it a visual treat to look out upon when dining or studying. The largest colleges like Christ Church have entire parkland attached to them as well as an immense quad, but Lincoln is small and intimate. Sitting in Lincoln’s dining room, I could still get the feeling of Hogwarts’ Hall even if it was on a small scale. 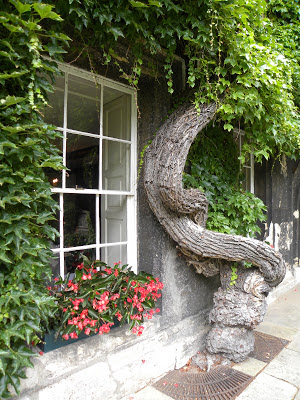 Posted by theworldaccordingtobarbara.com at 10:18 AM