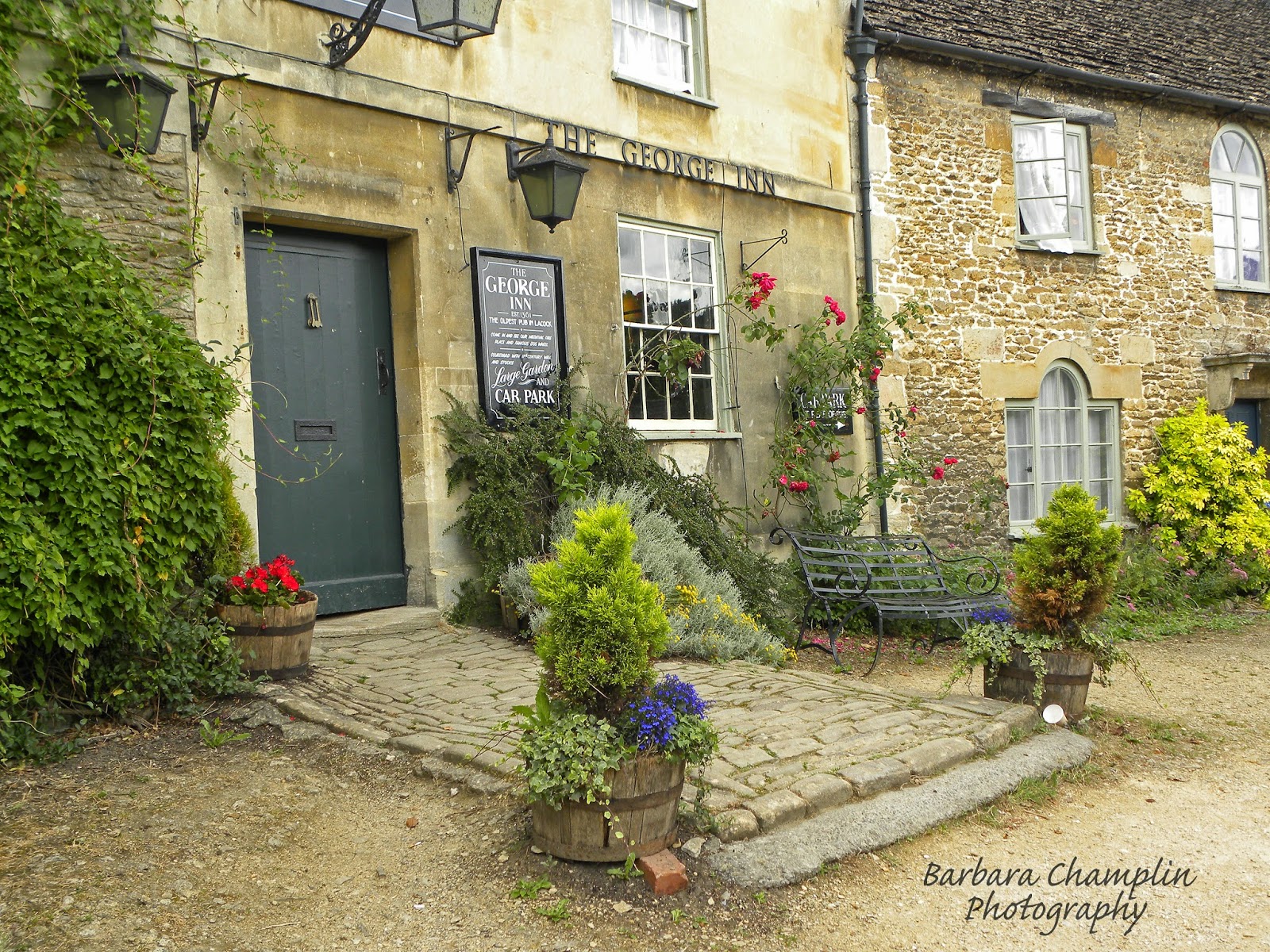 Cotswold Heaven
You have probably seen scenes from Lacock in dozens of movies and TV shows but didn't know it! Lacock is the most perfectly preserved English village there is. And, because it is not on many people's radar, this lovely village is a quiet haven where one can wander it's centuries old paths and experience life as it must have been.

“Up you go!” chirped Michael, our driver, as he hoisted each of us onto the bus for the eighth and final day of our tour of Cornwall, Devon and the Cotswolds. With one last look at Bath, I settled down in my seat and read the schedule for the day. The brochure promised that we would see the “wonders of Windsor” and the “picturesque town of Lacock”. I’d heard of Windsor Castle, but what was Lacock?

We hadn’t been on the road for very long when our bus slowed and turned into a country lane, pulling to a stop in a deserted parking lot. Steven, our tour guide, told us that we had an hour in Lacock and asked us to be back at the bus by the end of that time. Having no idea what we had in store for us, we dutifully followed him down a narrow street, around a corner and right into Cotswold heaven--and not a tourist in sight! 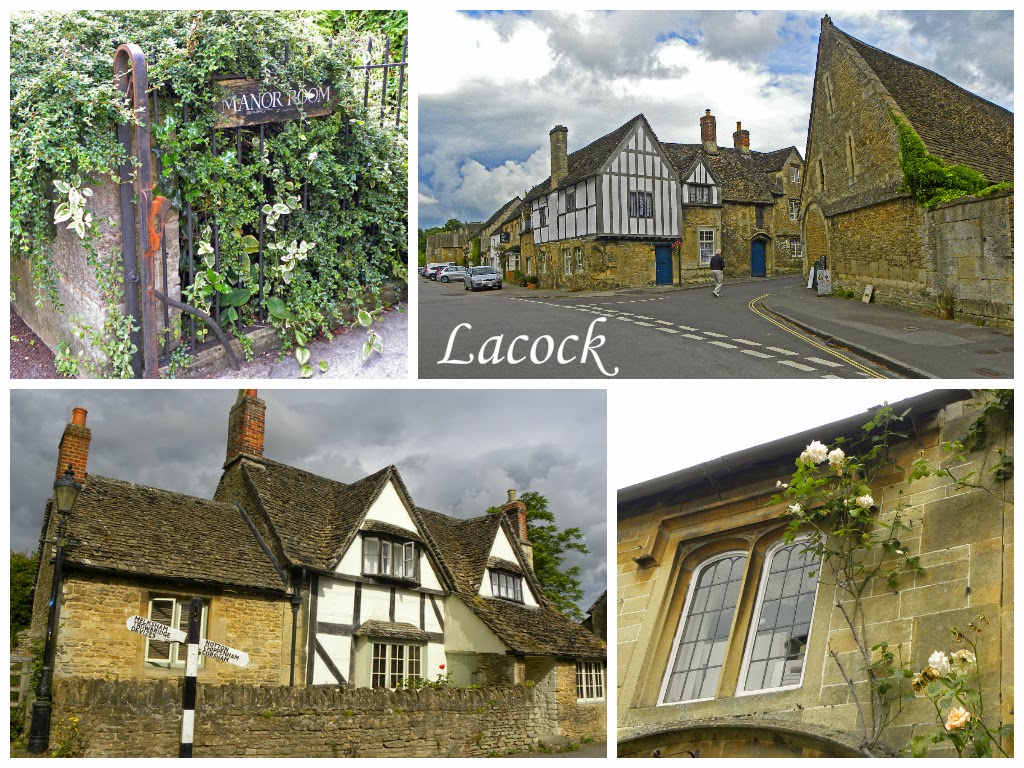 Lacock (LAY-cock) is a Cotswold village straight out of Central Casting. I mean, if you wanted the perfect setting for an 18th century town, this is it! In fact, parts of “Pride and Prejudice” and “Harry Potter and the Half-Blood Prince” were both filmed in Lacock. (The best scenes of Lacock are in the BBC mini-series, “Cranford” starring Judi Dench. In fact, “Cranford” is Lacock!) 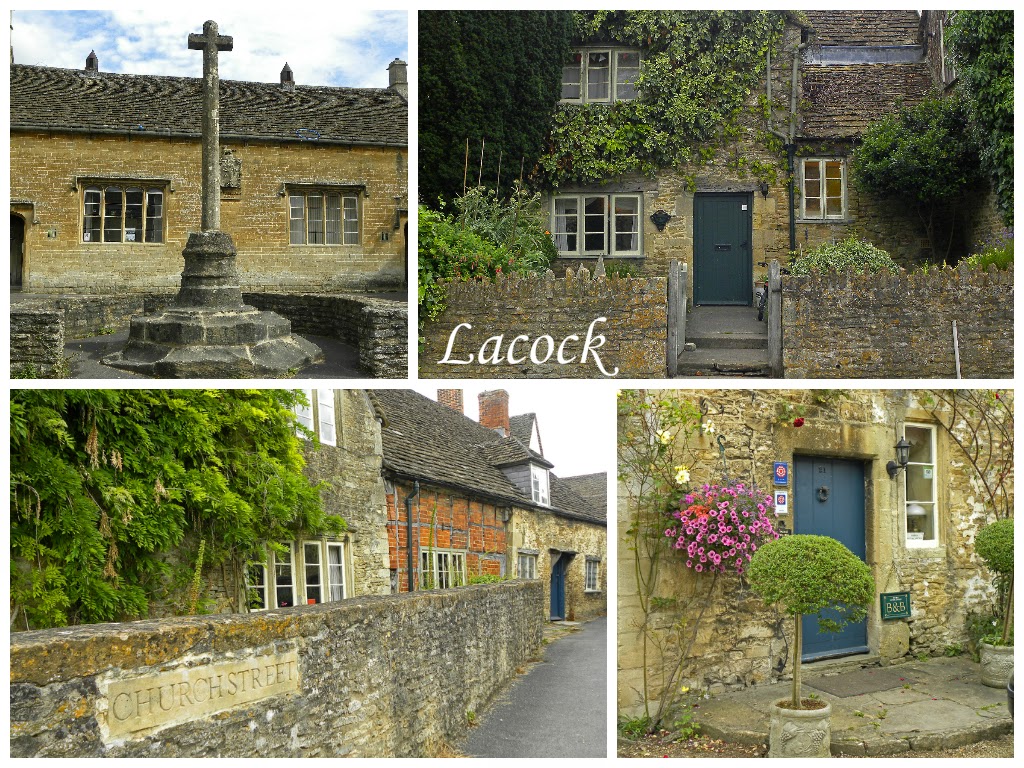 Located on the Avon River just a few miles northeast of Bath, Lacock is on the edge of the Cotswolds and isn’t on most tourists’ radar. It is a truly hidden gem! Owned by only a couple of families since the 11th century, it has changed little over the centuries. Donated by the last owner in 1944 to the National Trust, the entire town and accompanying Abbey are now a National Heritage Site. (A National Heritage Site means that the area or building etc. cannot be torn down or changed in any significant way. It must be preserved intact as much as possible. Lacock is still a thriving community, just preserved for our enjoyment!) 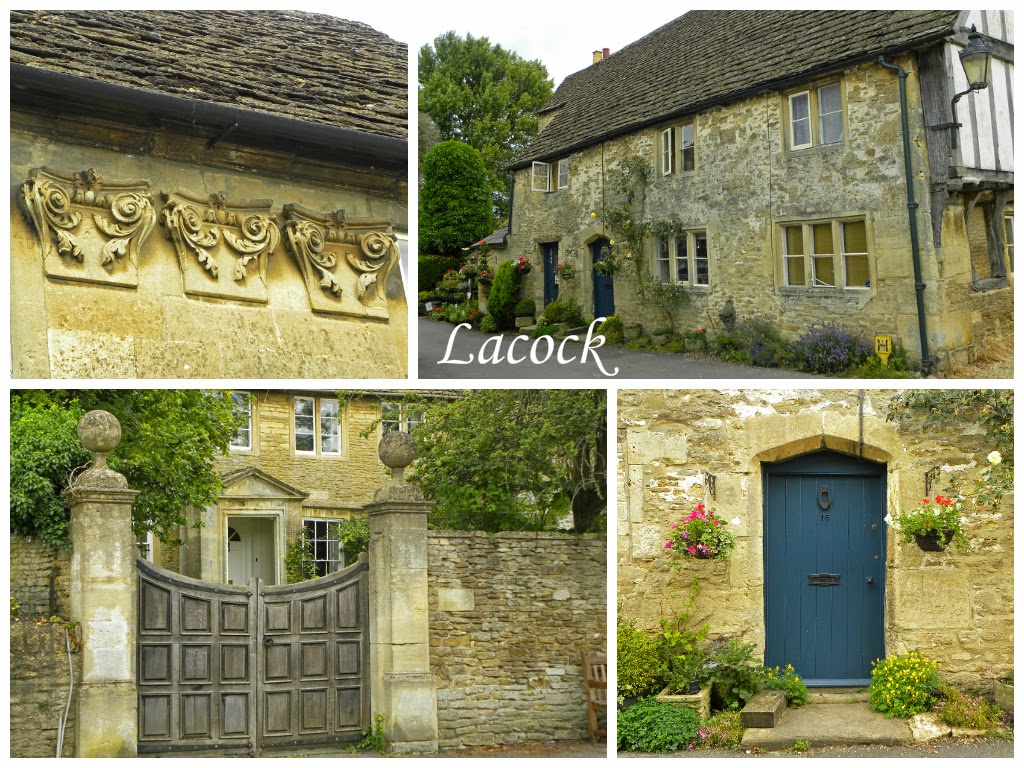 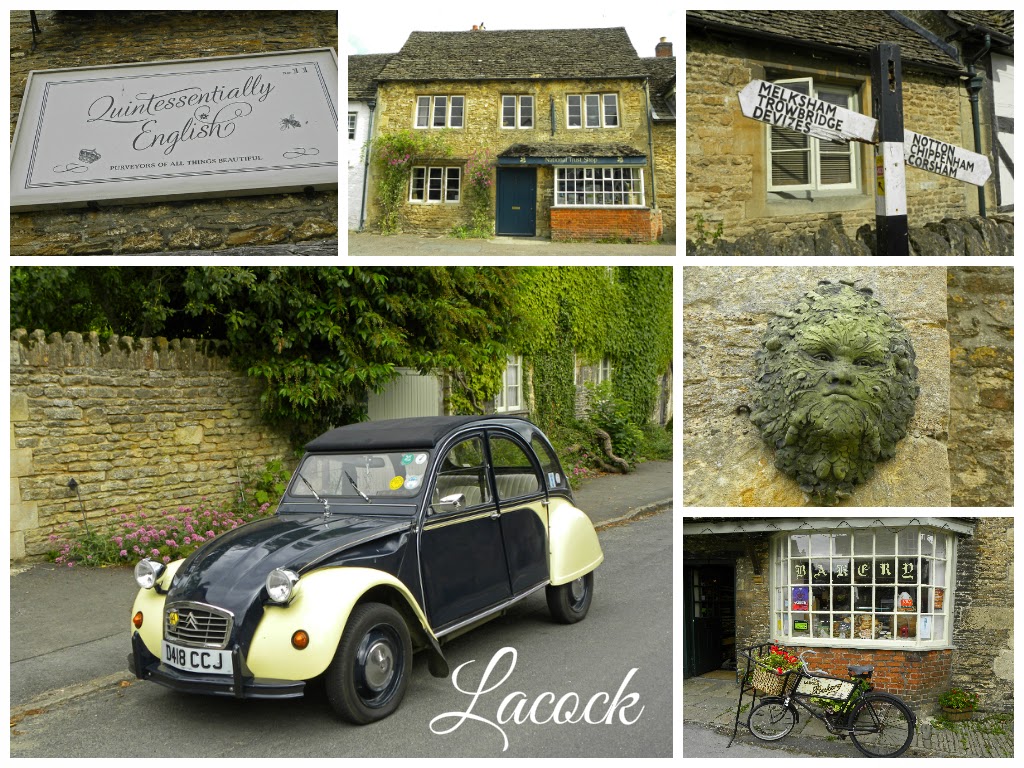 What the heck are the Cotswolds?

I know. You’ve heard me go on and on about the Cotswolds many times, but "What the heck is it?" you may ask. Briefly, the Cotswolds encompass an area approximately 25 miles wide and 90 miles long in south central England. It‘s the heartland of the UK, with miles of rolling, grassy hills filled with thousands of wooly little sheep. And, it is spectacularly beautiful. During the middle ages, the area became very prosperous because of the wool trade; even the name, Cotswolds, means “sheep enclosure in rolling hillsides”.

It’s still an affluent place with charming town names like, Stow-on-the-Wold (hill), Bourton-on-the-Water, and Moreton-in-Marsh. The villages look almost like the day they were built, medieval, quaint, and dripping in charm. If you get all “swooney” over thatched roofs like I do, you’ll certainly get your fill here! If I could afford it, I would rent a place in the heart of the Cotswolds and spend at least a month walking up and down the grassy hills saying hello to every sheep I passed. I’d stay at every village for at least a day of two along the way absorbing as much charm as possible. Heck, I think I’ll do it anyway.

Posted by theworldaccordingtobarbara.com at 1:51 PM No comments: