A WEE TOUR OF SCOTLAND (PART 2) KENMORE AND LOCH TAY

Of all the places you could plop yourself to be totally immersed in the history, ambiance, and yes, romance of Scotland, you could do no better than Kenmore. Located 80 miles north of Edinburgh in the Scottish highlands, it’s neatly tucked in between misty mountains on one side and Loch (or lake) Tay on the other. 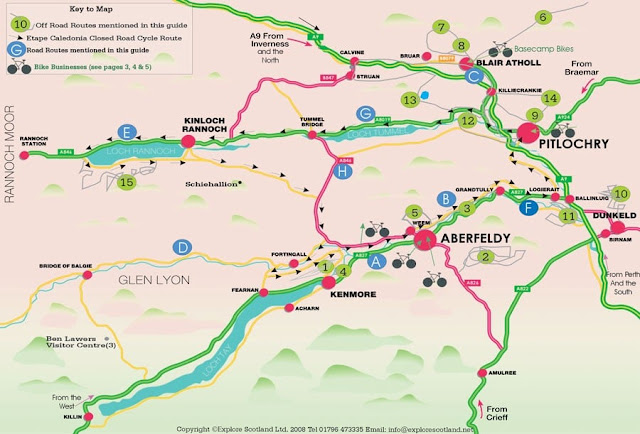 With Tom driving on the wrong side of the road, on the wrong side of the car, shifting with the wrong hand and Kay yelling, “Shift! Shift!” at every roundabout, we managed to safely leave Edinburgh and make our way to Kenmore. Kay had arranged for us to stay in a timeshare there, but none of us were prepared for how lovely it was. The white washed cottages surrounded by ancient looking stone walls covered in the red leaves of autumn was a photographers dream. 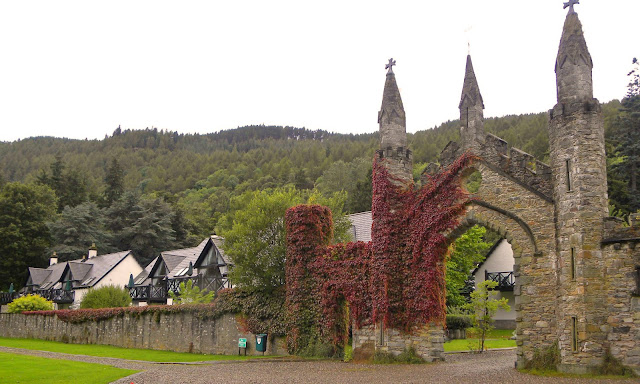 The walls of our timeshare in Kenmore.

With Loch Tay in the foreground, our timeshare is shown in its lovely setting. 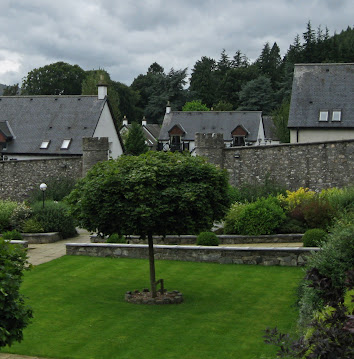 This is the view of the courtyard from our balcony. On our first evening there, a lone bagpiper stood in the middle of it and played for us. It made the whole trip! 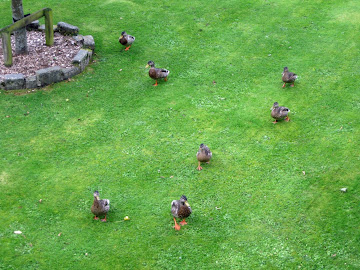 The ducks came every morning to be fed. We were more than happy to oblige. 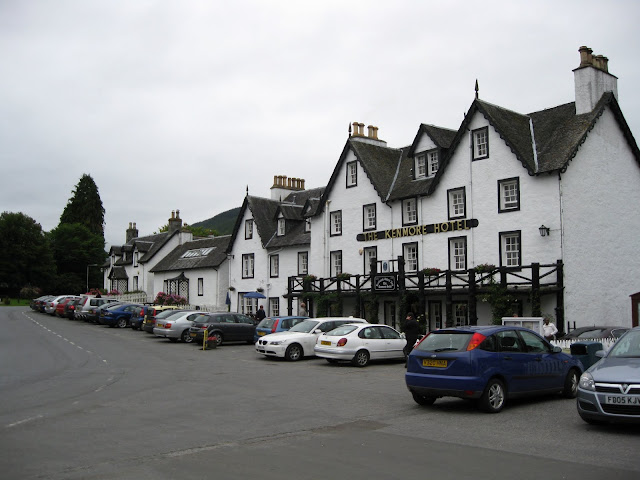 Across the road from us is the town center of Kenmore, which has the boosting rights of having the oldest working inn in Scotland. 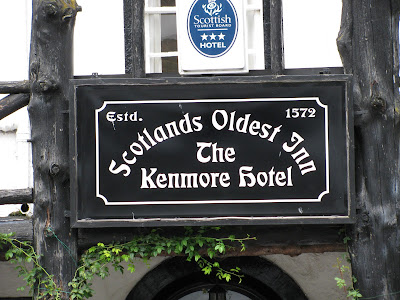 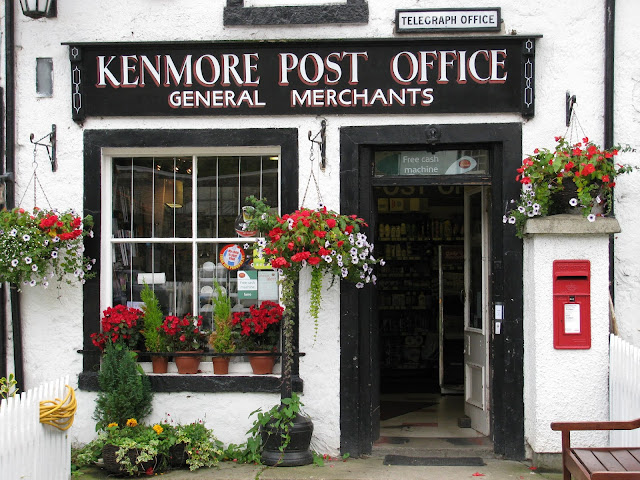 Kenmore is also the gateway to Taymouth Castle, classically Scottish in all its entire brooding, fortified looking exterior. Or at least that’s how it seemed to me. When we saw it, it was fenced off, dark and rather gloomy. In the process of being renovated then it is now restored to the opulent dwelling it once was. One of the most famous castles in all of Great Britain, it was where Queen Victoria spent her honeymoon. It stands on the site of the much older Bullock Castle, which was built in 1552 as the seat of the Campbell Clan. Demolished in the 19th century by the Campbells, a much larger neo-Gothic castle was built in a rather imposing blue-grey stone. The exterior is lightened by soaring stain glass windows and the interiors are now bright and welcoming.  Lavishly decorated it is once again a resort fit for royalty. 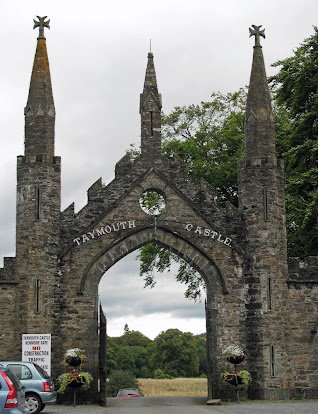 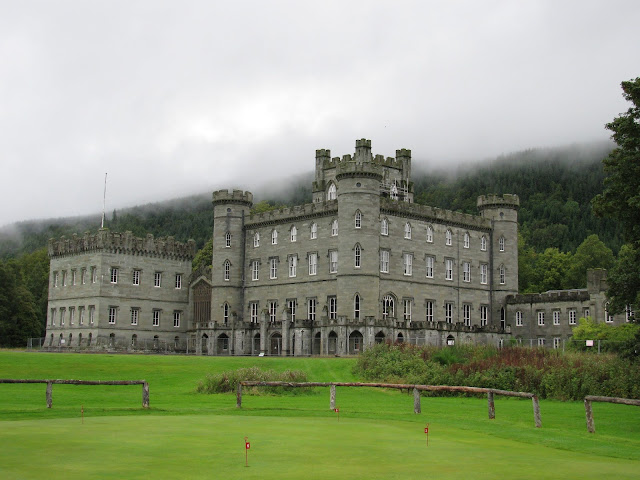 Taymouth Castle then, fenced off, run down and rather spooky. With darkened windows and weeds as high as a man's thigh, chain-link fencing all around, it is too easy to imagine the ghostly vapor of headless Highlanders roaming the halls at night. 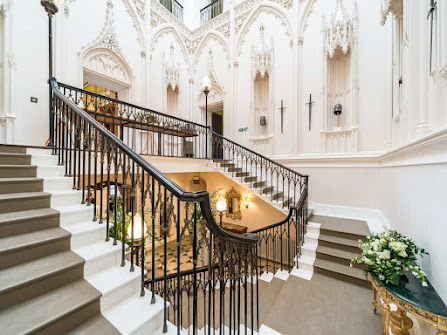 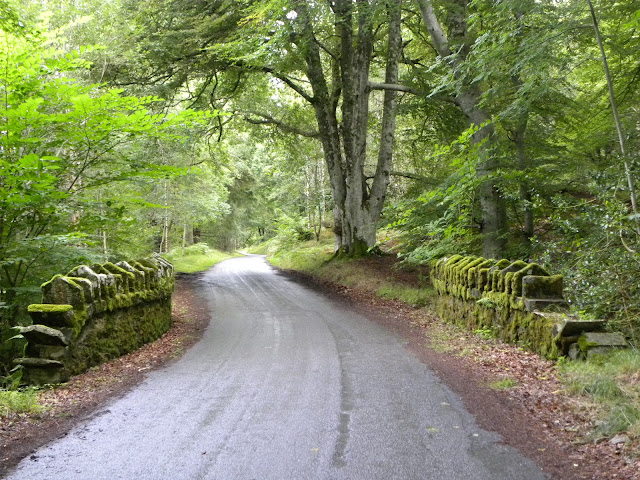 The Taymouth Castle estate includes a championship golf course, formal gardens, and miles of walking trails. We frequently used this road on the property instead of the main one because the lush scenery was so breathtaking.
Posted by theworldaccordingtobarbara.com at 8:04 AM No comments: