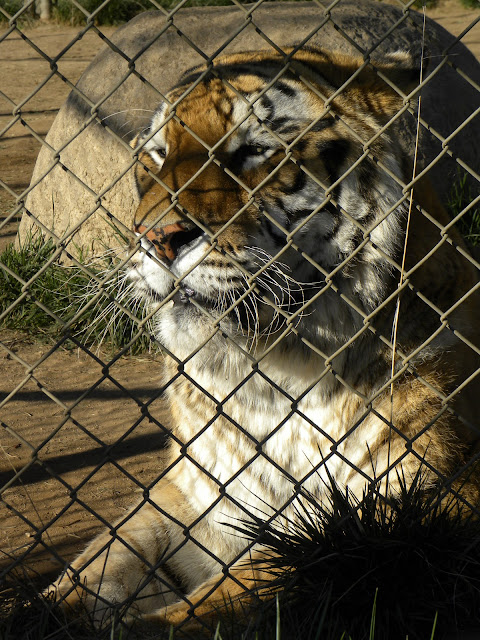 Bobbie took us inside the double fenced area of the tiger cage so I could get a better picture.  Once the tigers saw her, they bounded down from their hammocks and were purring like huge house kitties looking for a pet.  They are wonderfully sleek and healthy now, but according to Bobbie they were very neglected when she first rescued them.  Some states like Texas where they were rescued have no laws prohibiting breeding of exotic animals and as a result, many are abandoned by thoughtless buyers.  J'Amy and Steve can feel very proud to be a part in providing homes for these now very loved and cared for animals.
Posted by theworldaccordingtobarbara.com at 2:58 PM 1 comment: