I booked a pre-trip that gave me about three and a half extra days in London in which to see all the hot spots, minus time out for an included tour of Hampton Court Palace and a guided bus tour of the city. I knew I was going to have to run around like a maniac to see a tiny fraction of all there is to see in London. But, I was prepared; I'd made a list and a time table and I was determined to do my best.  My list included, The British Museum, Trafalgar Square, Buckingham Palace, Westminster Abbey, Parliament and Big Ben, the Tower of London and the Tower Bridge. 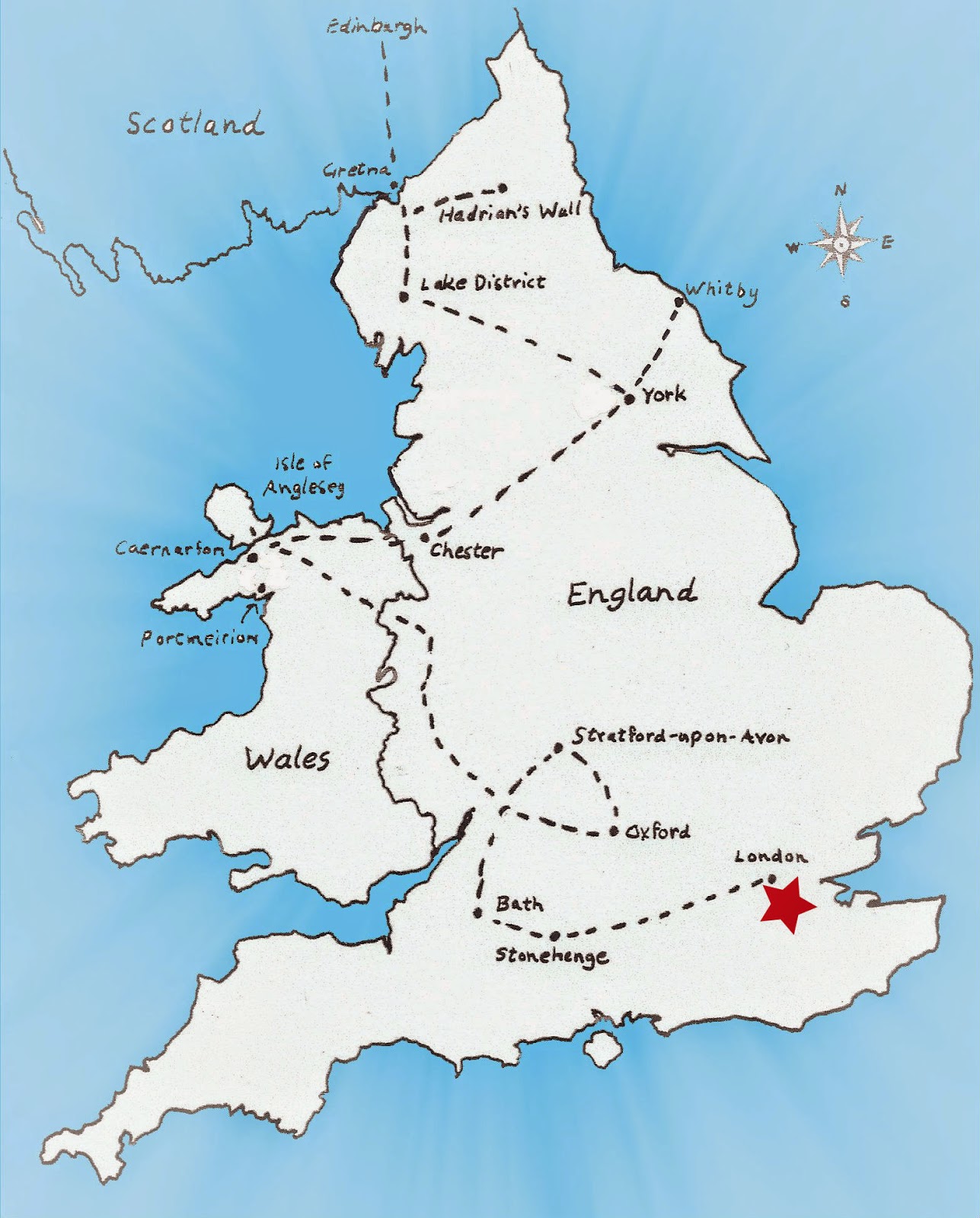 The flight over was perfect.  I took a direct night flight from San Diego arriving in the afternoon, England time, ready to hit the streets of London. Part of the tour package included being   "chauffeured" to our hotel, the Park Plaza Country Hall. Once there I was greeted by our hospitality guide, who reminded me of a merry garden gnome wearing sensible English shoes.

"Hello! My name is Agnes." Actually, it was Alex but I heard Agnes, so Agnes she became. "You are the last to arrive. I've already taken the others on a walk about, so do come with me and I'll point out some things of interest on the way to catch my bus. Shall we?" And with that I was hustled out the door.

Agnes may have been diminutive but I had trouble keeping up with her as she smartly cut through the throng of people on Westminster Bridge with surprising speed. She was obviously very accustomed to navigating London crowds.Trying to keep up with her I struggled to stay close enough to hear her abbreviated orientation speech.

"On your right is the London Eye.On your left ahead is Parliament and Big Ben. Westminster Abbey is just beyond that. After we cross the bridge you'll see Whitehall on your right. Walking up Whitehall will be Trafalgar Square. Welcome to London! Cheers!"

After waving goodbye to Agnes at the bus stop, I strolled around Parliament and the Abbey for quite awhile mesmerized by their beauty and the enormity of their historic significance taking picture after picture. I then walked north on Whitehall passing the Prime Minister's home on #10 Downing Street and the Royal Horse Guards Parade Grounds (site of the 2012 Olympic beach volleyball games). By the time I wandered all the way to Trafalgar Square the sun was setting and my stomach was grumbling. A sign advertising steak pie made me turn a sharp right into the Silver Cross pub. A quintessential English dinner sounded like the perfect meal for my first day in London. Wrapped in a biscuit crust the steak pie tasted sort of like pureed pot roast and was yummy. Meanwhile, struggling to finish it to the last bite I decided that my first day in London by myself had gone very well.

(Double click on any picture for a full screen slide show.) 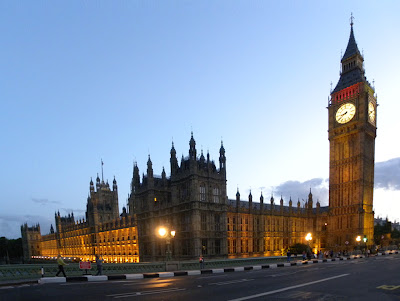 My camera's wide angle lens distorted old Ben, but it's still a great shot!
(Big Ben is actually the name of the bell, not the tower or clock, but it will always
be Big Ben to us.) 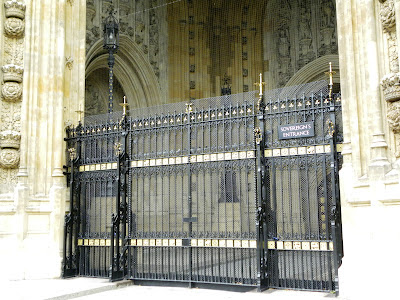 This is the "Sovereign's Gate" where the Queen enters to address Parliament. 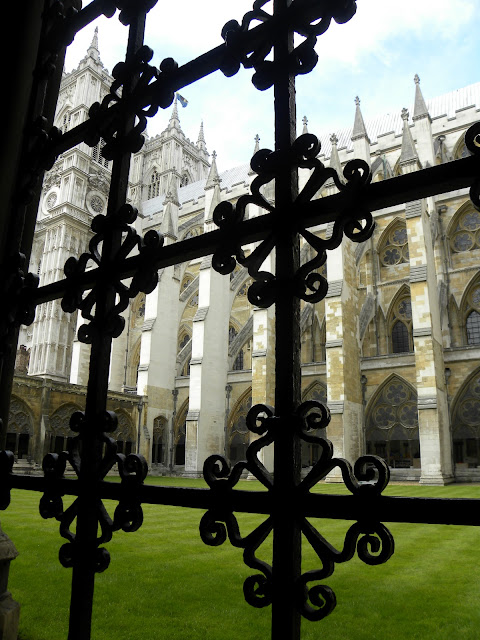 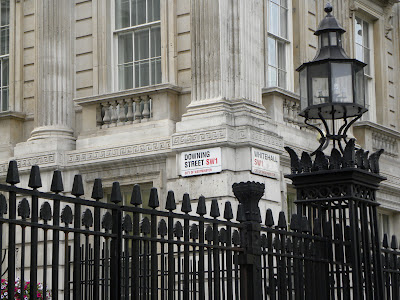 #10 Downing Street is the famous residence of the Prime Minister.  It is gated
and under armed guard. 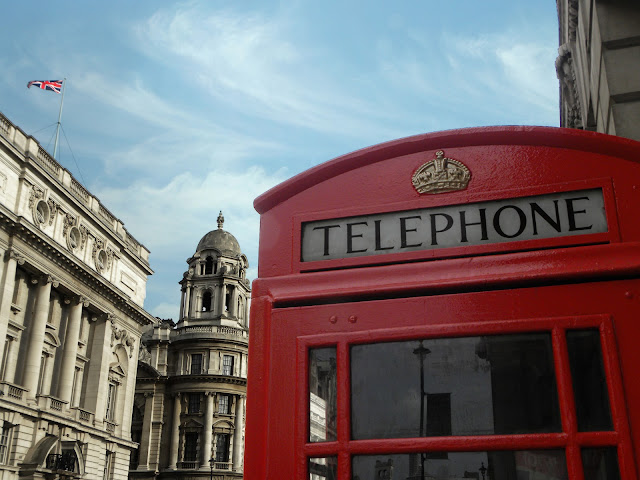 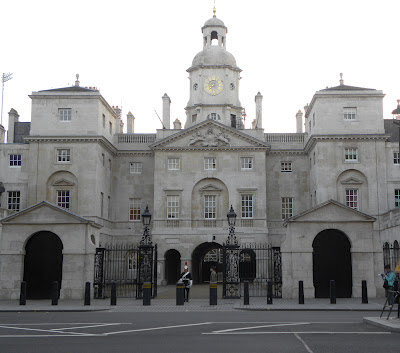 Horse Guard Parade Grounds.  Once used as jousting grounds for the knights. 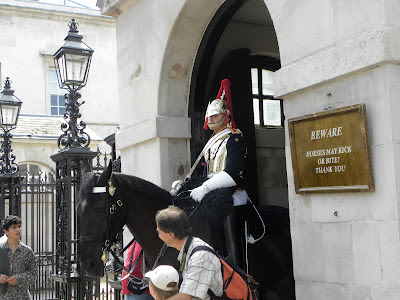 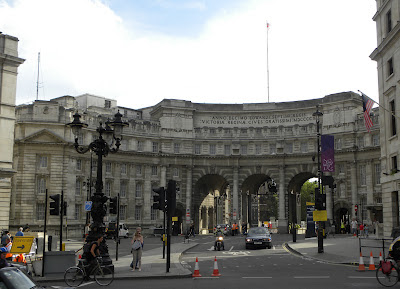 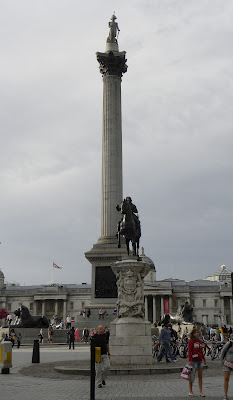 Trafalgar Square and Admiral Nelson's column.  King Charles I is in the front. 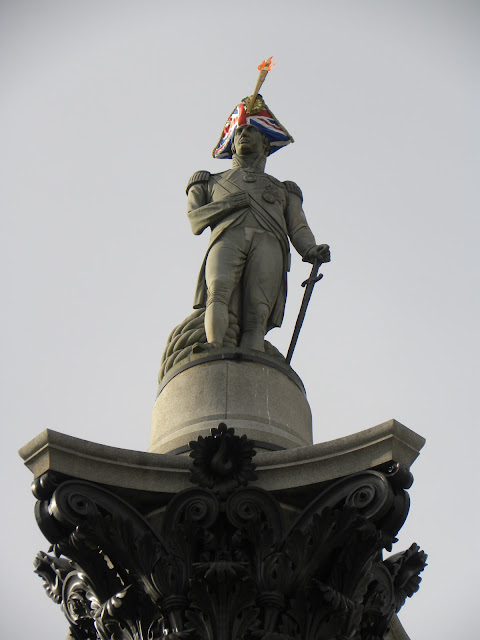 I love the Union Jack hat! 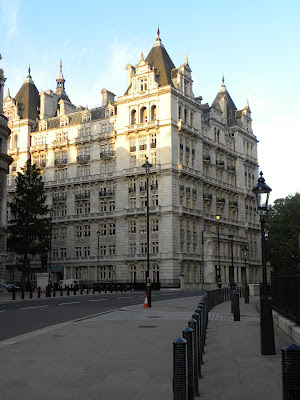 ﻿
An architectural jewel off Whitehall. 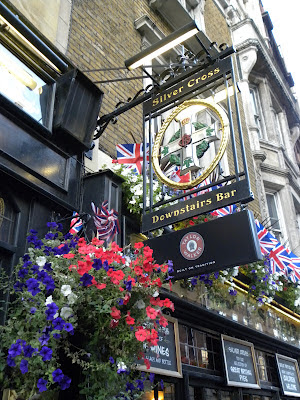 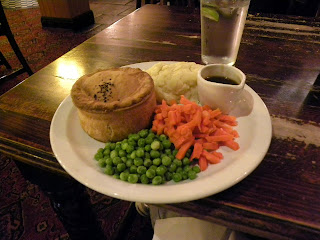 They serve an outstanding steak and ale pie, which I had three
times while I was in London!  English comfort food.  Yum!
SUGGESTED READING: "London" by Edward Rutherfurd (Excellent historical novel chronicling the history of London and Britain.)

Next time: Hampton Court Palace ﻿
﻿
Posted by theworldaccordingtobarbara.com at 2:52 PM