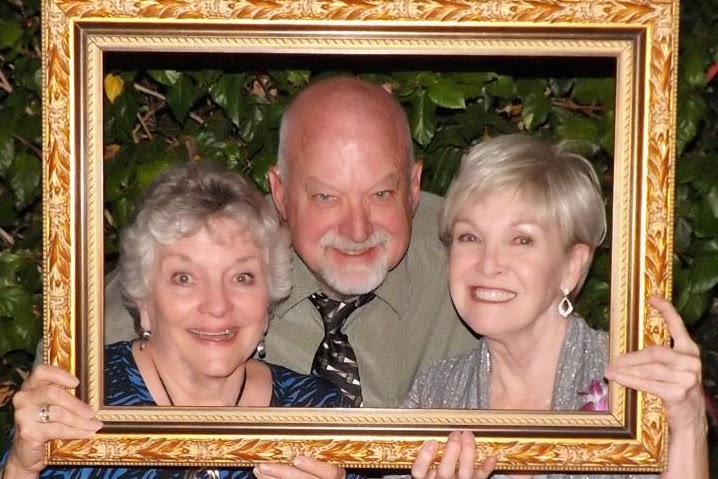 Left to right, Kay and Tom Law and me!

The day after I got back to London, my BFF’s, Kay and Tom Law, arrived to join me. More than friends, Kay and Tom are family. Kay and I met in college and have been friends ever since. And after Tom and Kay married, he became the brother I never had. One day many years from now, you can bet that you'll find the three of us in matching rockers at the old folks home! 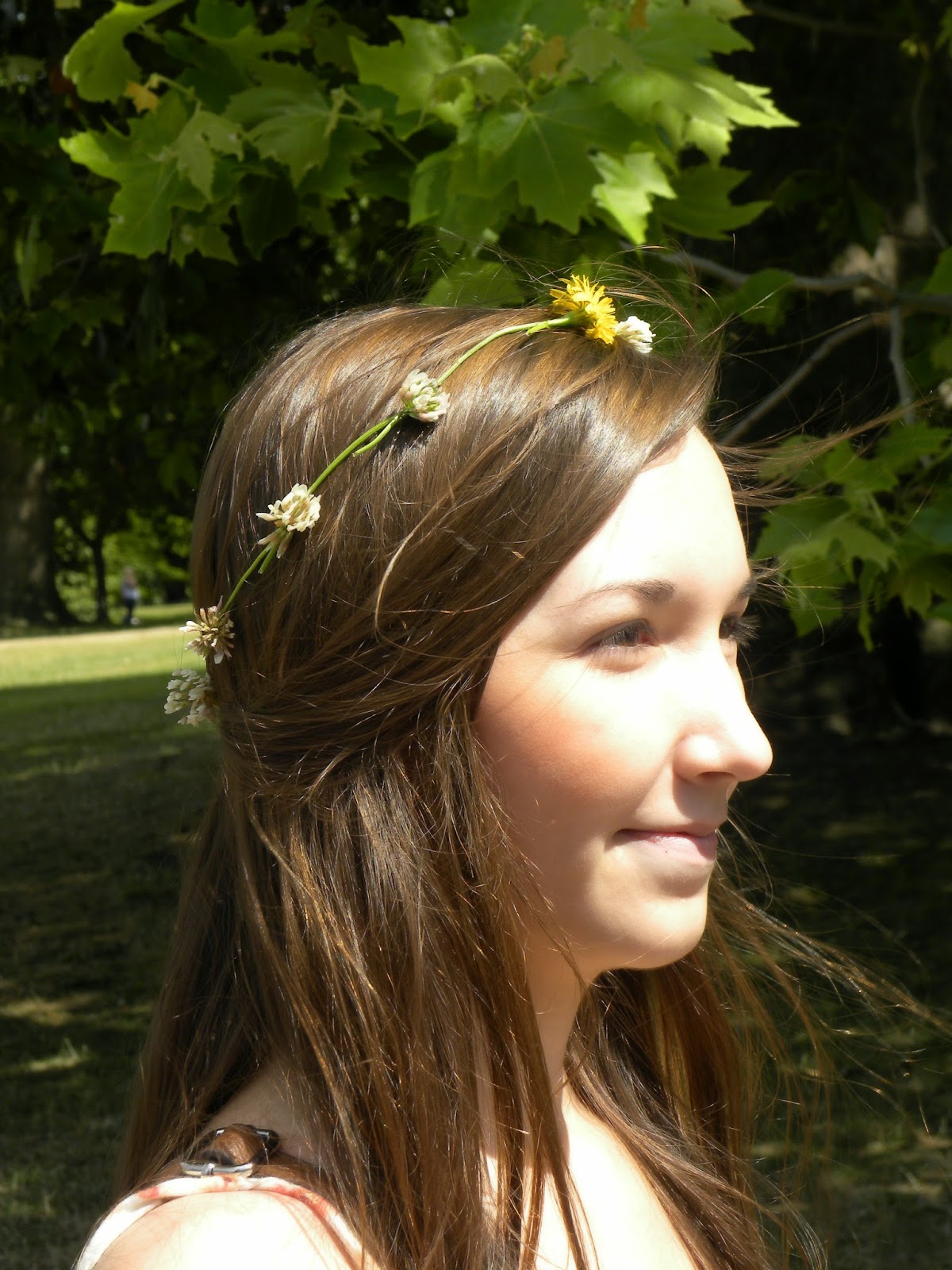 Kay and Tom brought their granddaughter, Sutherland, along as a special treat for her upcoming 18th birthday. They wanted to take her to some of the landmarks I’d already seen, so while they spent the day at the Tower of London, I set out to visit the Victoria and Albert Museum, the Museum of Natural History, Harrods, and Selfridges. It’s a good thing I brought my boxcar sized running shoes because I ended up hoofing at least 5 miles over London's terrain. 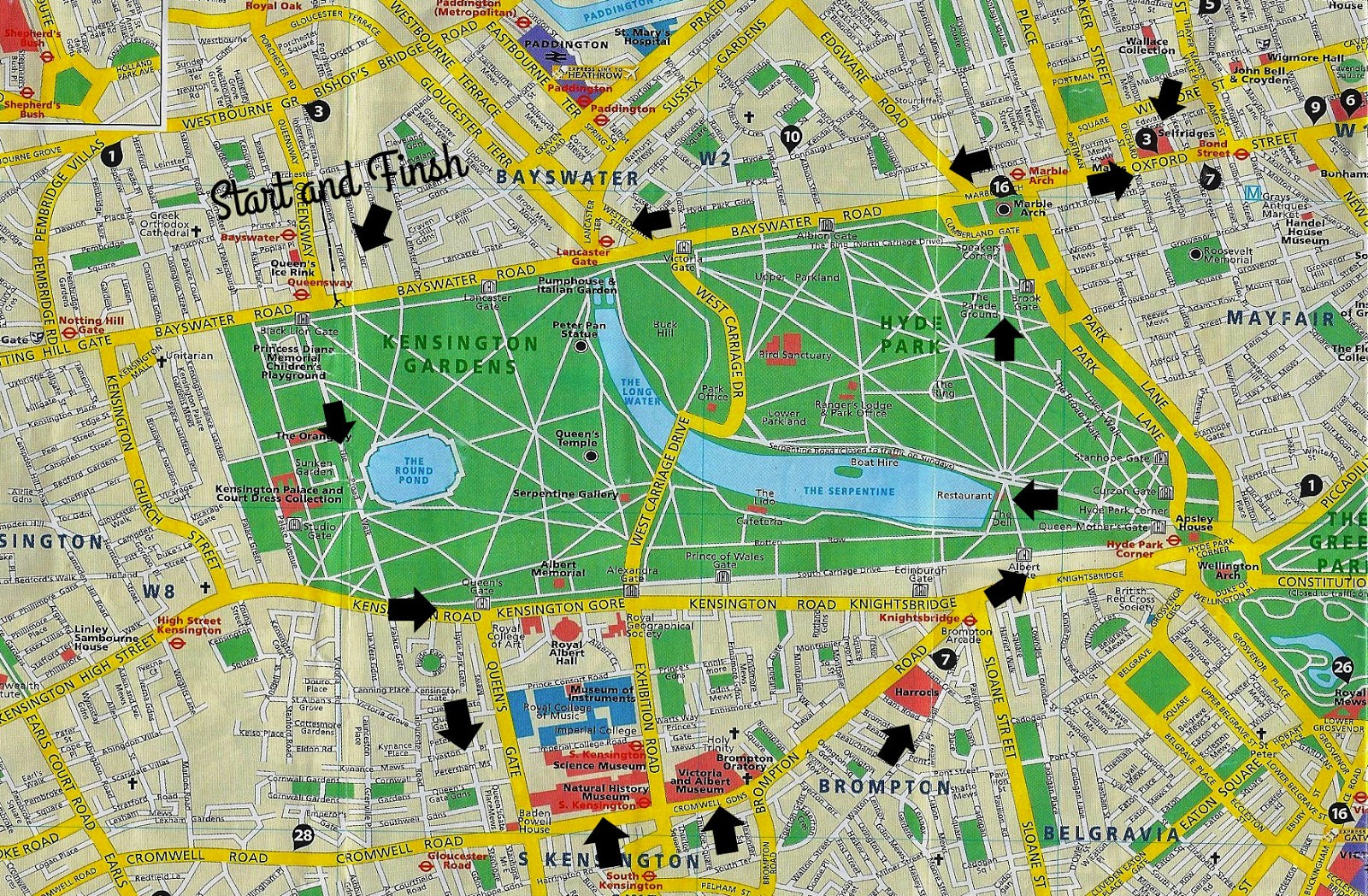 I walked off my steak and ale pie that day! 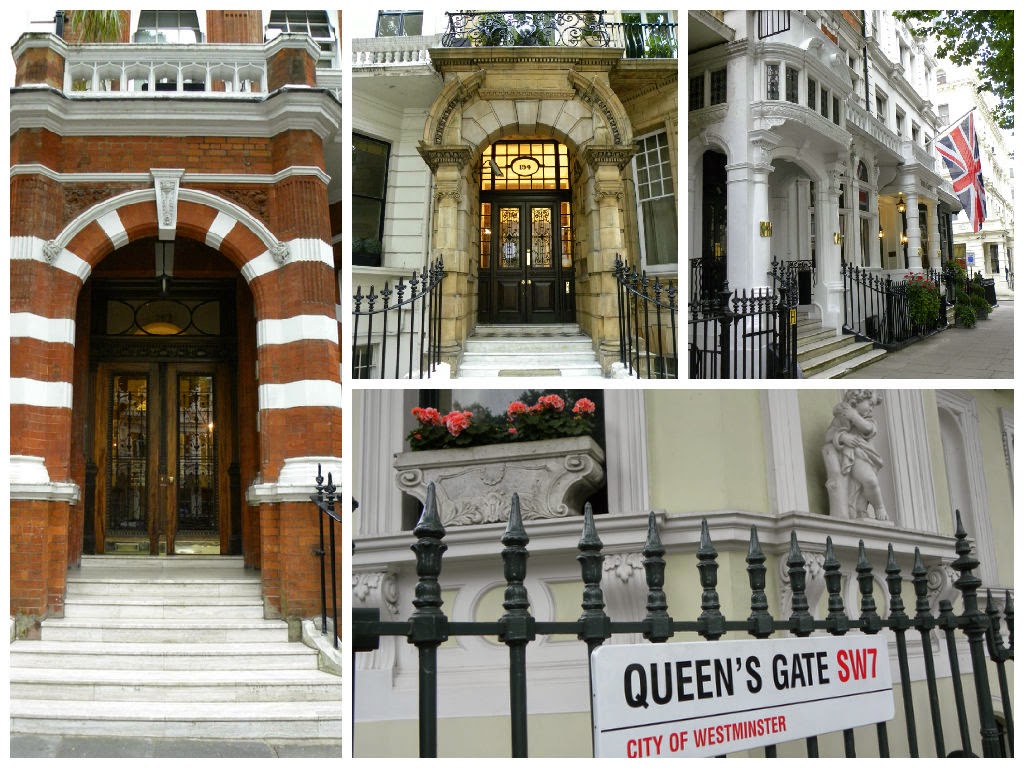 The Natural History and the Victoria and Albert Museums are on the posh side of Hyde park. I couldn't stop taking pictures of the palatial homes on my way to the museums.

The Museum of Natural History


I'm fascinated by dinosaurs so, of course, I headed straight for that wing.  Being the most popular of all the exhibits in the museum it was crowded, but fortunately it's arranged to handle a high volume of people. Taking up an entire wing, the dinosaur exhibit is constructed on two levels. First, a catwalk runs above the length of the massive wing allowing the visitor to look down on giant T Rexes as well as up into the rafters where skeletons of Pterodactyls soar effortlessly on 20’ wings. Then, on the main level, is an intricate maze of exhibits featuring fascinating examples of the prolific dinosaur age, the Mesozoic era. Both levels are designed to encourage people to enter at one end and exit the other. I recommend that you don't try to reverse course either. Take it from me,  it's like a salmon attempting to swim downstream in spawning season! Popularity aside though, it is a first rate exhibit and well worth seeing!

(Tip: Don't go on the weekends or holidays and go early! It also works if you visit these very popular sites late in the day. Practically everyone has gone home by then.) 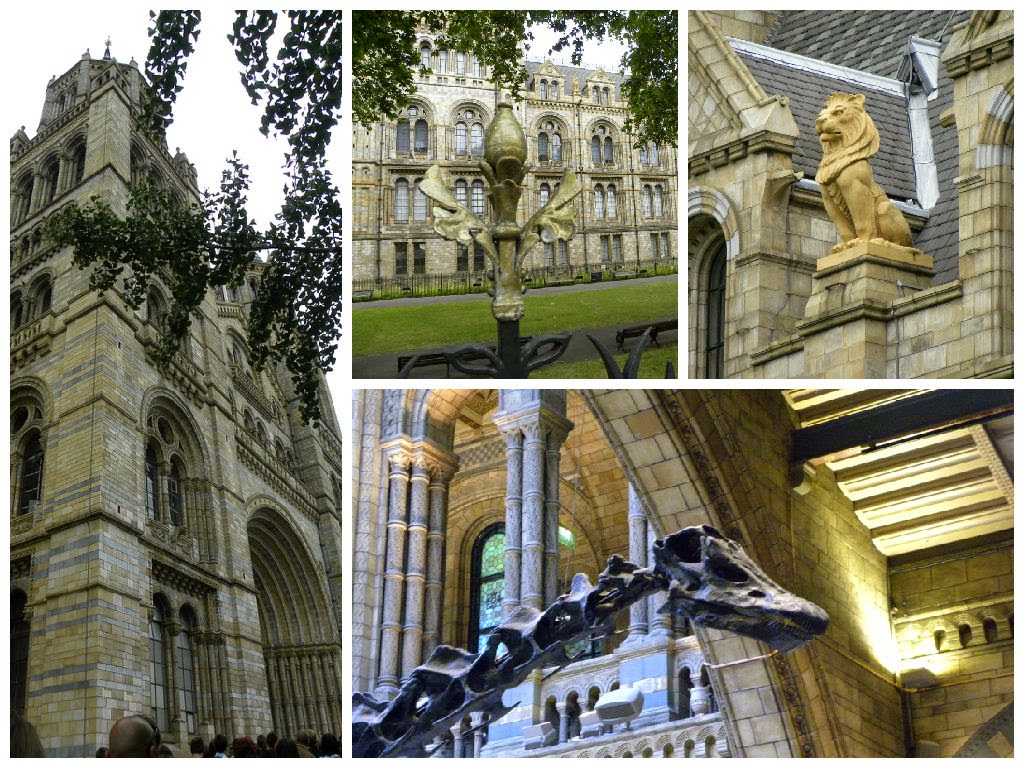 The Victoria and Albert Museum

By contrast, the Victoria and Albert Museum had a moderate amount of visitors, allowing plenty of room to wander. I thoroughly enjoyed a couple of blissful hours going in and out of rooms filled with priceless paintings, sculptures and artifacts. It almost felt like my own private museum. Heaven! 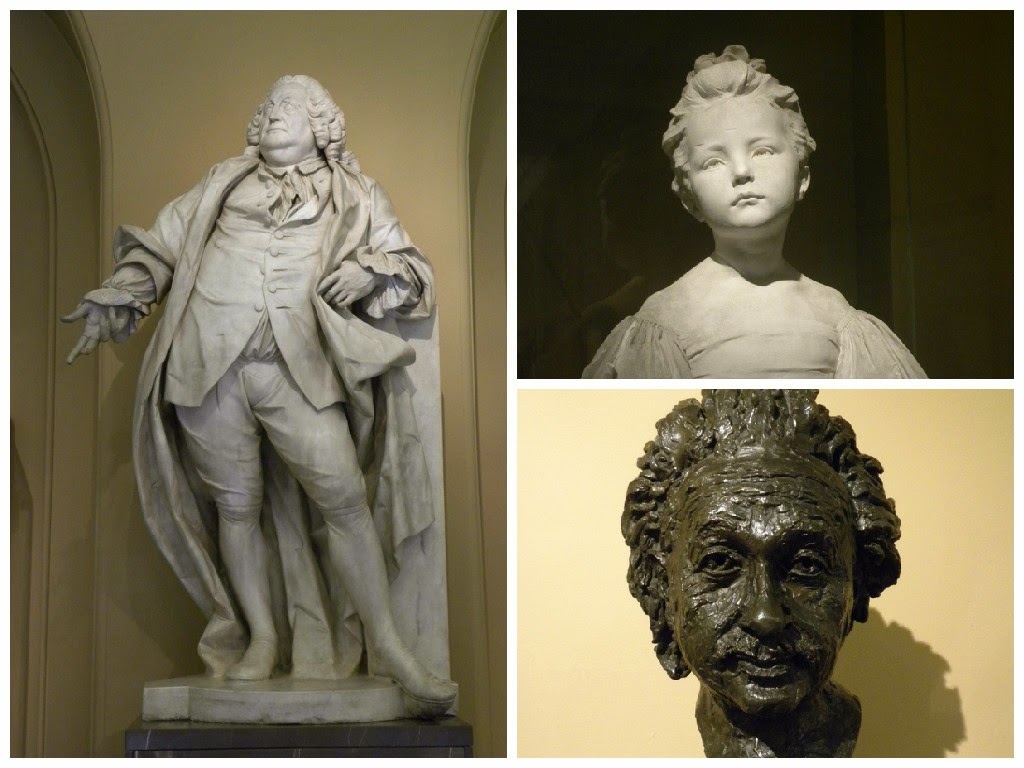 Here are some of the sculptures I liked the best: (1) The statue on the left is of the "quack" doctor, Joshua Ward (1760). He commissioned it to stand in Westminster Abbey, but it was refused. It tickled me that he actually liked this accurate depiction of his vanity and hubris. (2) The stunningly beautiful sculpture of the child kept me mesmerized for several minutes. Created by Alfred Drury in 1897, it has been reproduced many times. (3) I loved the humanity of this bronze of Albert Einstein. I felt it really captured the essence of the man. These are just a small sampling of sculptures that represent some of the best art work anywhere. 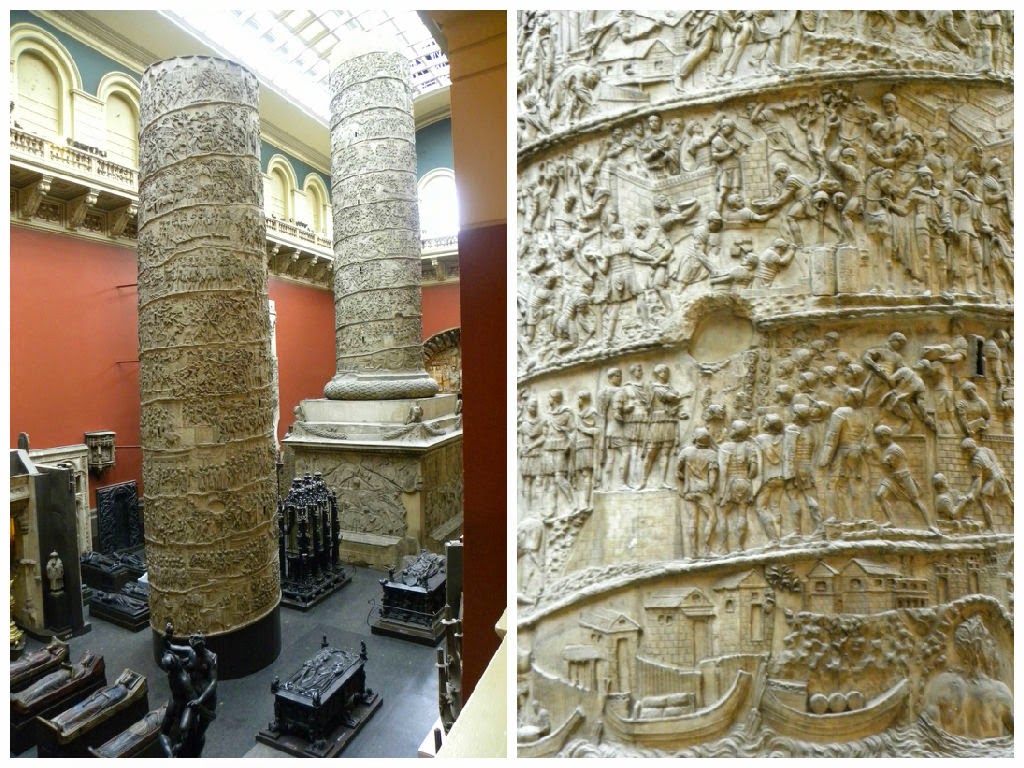 This immense reproduction of Trajan's Column certainly grabbed my attention. The plaster cast, made in 1864, looked so authentic I thought it was the real deal. The original, erected in 113 AD, still stands in Rome. It depicts Trajan's triumphs in the Dacian War and set the standard for future triumphal columns.

After leaving the Victoria and Albert, a short walk brought me to Harrods, the iconic department store. Told that I haven't lived until I've seen it, I dropped in for a quick peek. Awestruck, I wandered from one elegant room to another. Veneered with polished marble and artfully staged with eye-popping luxury items, each room is softly lit by glittering chandeliers. Finally, I made my way to Harrods famous food section where, throwing caution to the wind, I bought a very spendy tin of coffee. But, what the heck. I can now truthfully say, “I've been to Harrods!” 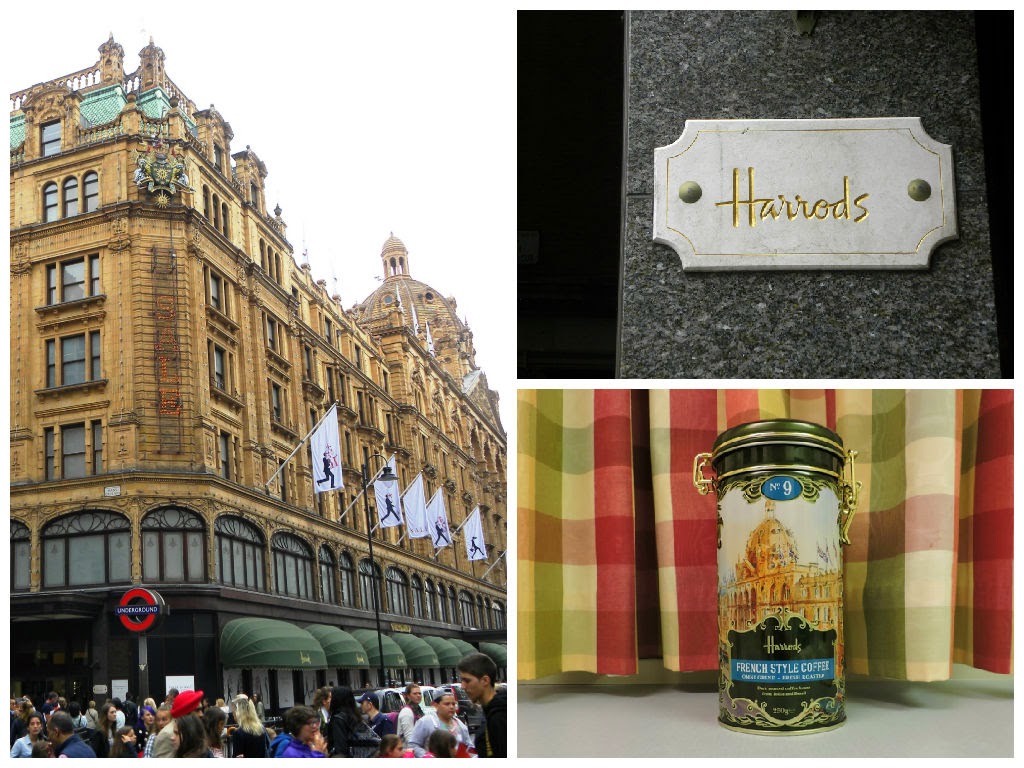 Tired, but determined, I walked a mile or so back across Hyde Park to see another iconic department store, Selfridges. The only way I knew about this store is from the PBS series of the same name.  I’m hooked on the show and, of course, wanted to check it out. Founded by Henry Gordon Selfridge in 1909, it is the second largest department store after Harrods,. An American, he set the standard for the modern department store, creating the bargain basement and initiating sales and promotions. It revolutionized shopping in British society. 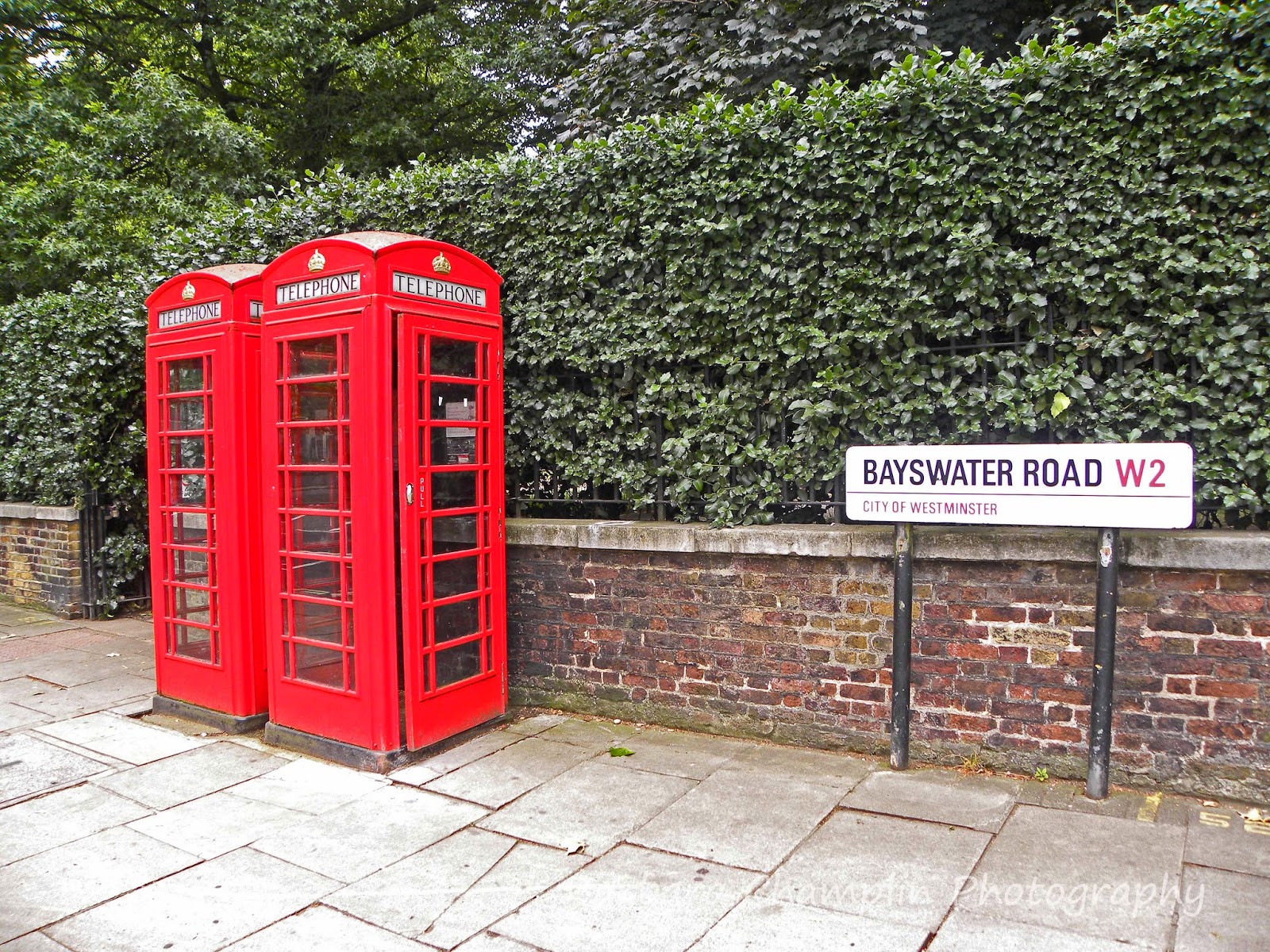 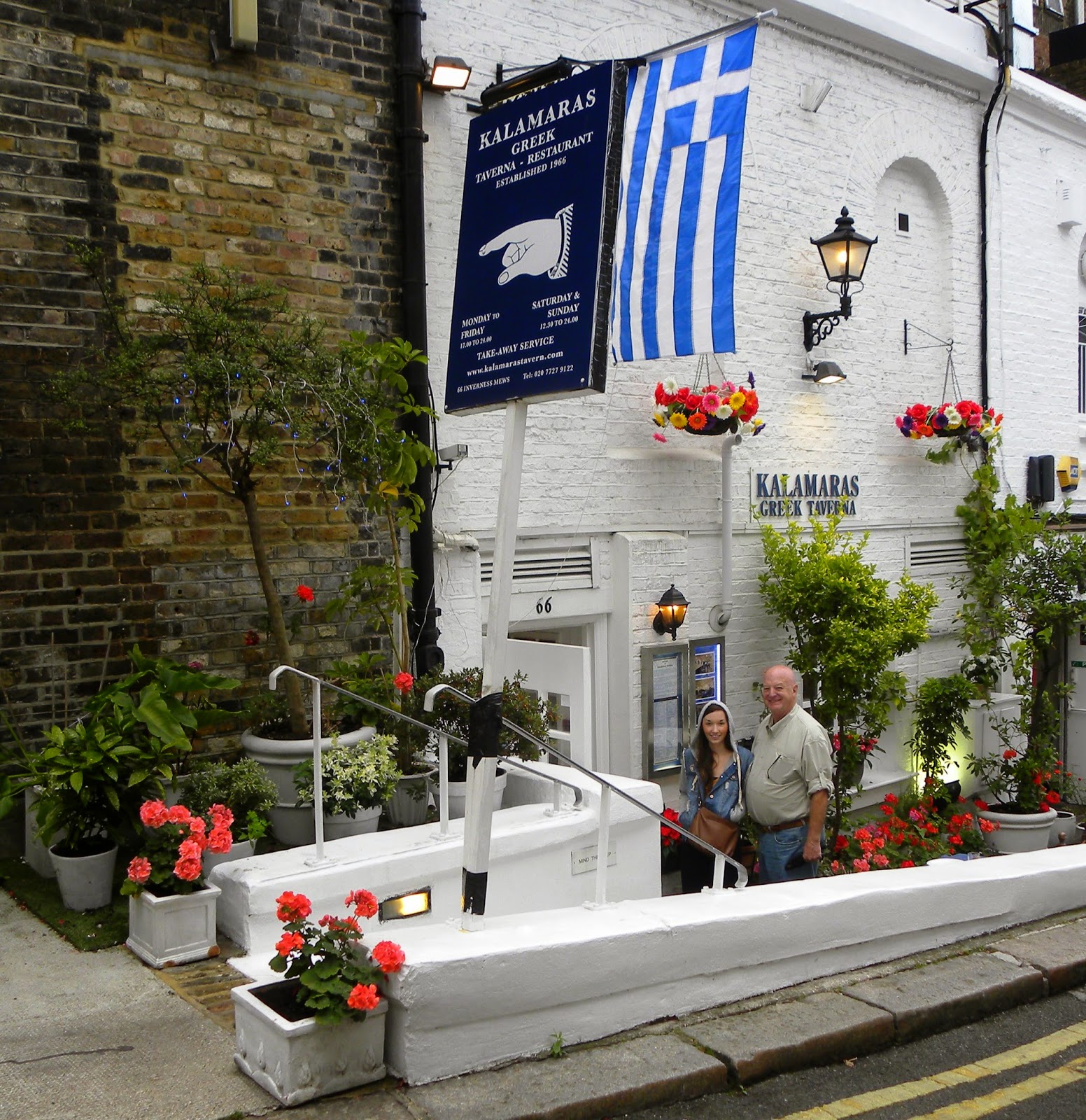 Leaving Selfridges, I headed back to our apartments along Bayswater Road. There, I met up with Kay, Tom and Sutherland for a marvelous Greek dinner. We ran across the restaurant (Kalmaras) by chance, and a lucky chance at that! The food is delicious, and as we found out, a favorite of celebrities. We may have dined in the very same booth as the Beatles, who knows??

Tom and Sutherland in front of Kalmaras. Yum!

Next time: Canal boats and the Cotswolds !

Posted by theworldaccordingtobarbara.com at 1:21 PM