WASHINGTON, D. C.: THE HEART OF OUR NATION

I could barely contain my excitement as Chuck, Paula and I drove into Washington, D. C.  The beauty of the splendid tree-lined avenues fronted by palatial shrines of government made me feel like I was fresh off the farm. Years ago, when my youngest daughter was in middle school, I scraped together the money to send her on a tour here with some of her classmates. She is in her 40’s now and I asked her recently if she still remembered that trip. “Oh, yes!” she said, “I’ll never forget it. It made a huge impression on me.”

Well, it made a huge impression on me as well, as it is designed to do. The immense expanses of green space, accentuated with noble monuments to the great men and women in our history, reminded me of the Roman forum. Like the mighty monuments of Rome, D. C. has been intentionally crafted to impress the nation and the world that America is a strong and powerful country. I felt what I was supposed to feel: awed, inspired and proud, all at the same time. 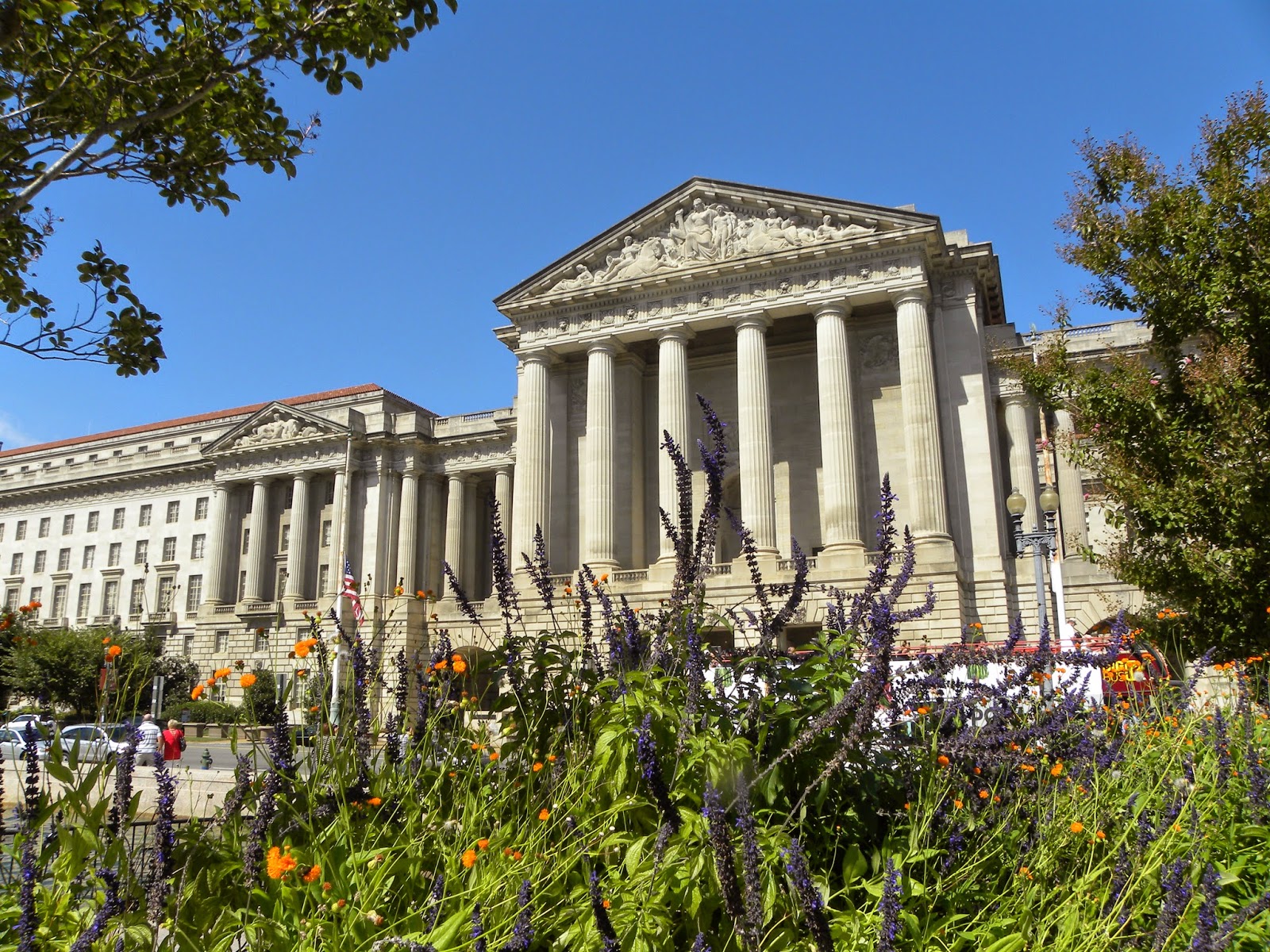 What IS the District of Columbia?

After nine attempts to find a home, the fledgling federal government realized it needed to create a new national capitol in order to provide for its own security, realizing after being attacked by a mob in Pennsylvania in 1783, that no state could properly protect it. James Madison proposed the creation of a capitol district in 1788, with the location to be selected by George Washington. Virginia and Maryland contributed land along the Potomac River and the district was named Columbia, a poetic name for the U.S. at the time. Founded in 1791, The City of Washington still serves as our nation’s capitol. 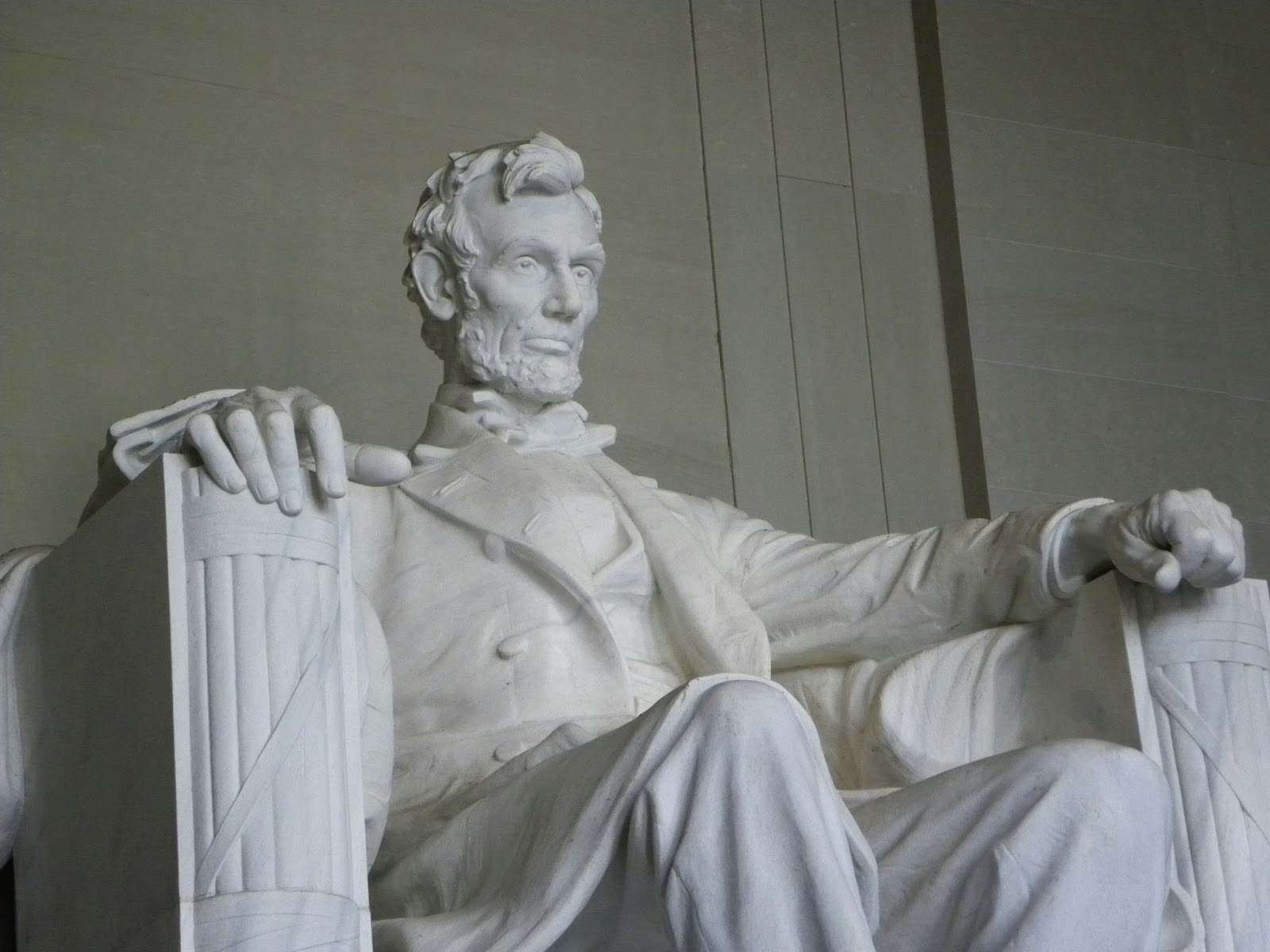 Most of the monuments are grouped around an immense green space called the National Mall, and every one of them is an impressive architectural edifice. But, to me, the most impressive of all is the Lincoln Memorial. Housed in a Greek inspired marble temple is a somber likeness of Abraham Lincoln. At 19 feet tall, the seated statue of Lincoln is a moving tribute to the President as a man. The artist captures what Lincoln must have felt, the burden of the nation on his shoulders and yet at the same time, the strength and determination to keep our country from breaking apart.

Overlooking a vast pool with views of the Washington Monument and the Capitol beyond, I couldn’t help but think of Martin Luther King and the famous speech he gave in this very spot. For the first time, I grasped how significant the moment must have been as he so eloquently spoke in front of this great symbol of freedom and wished I could have been there. 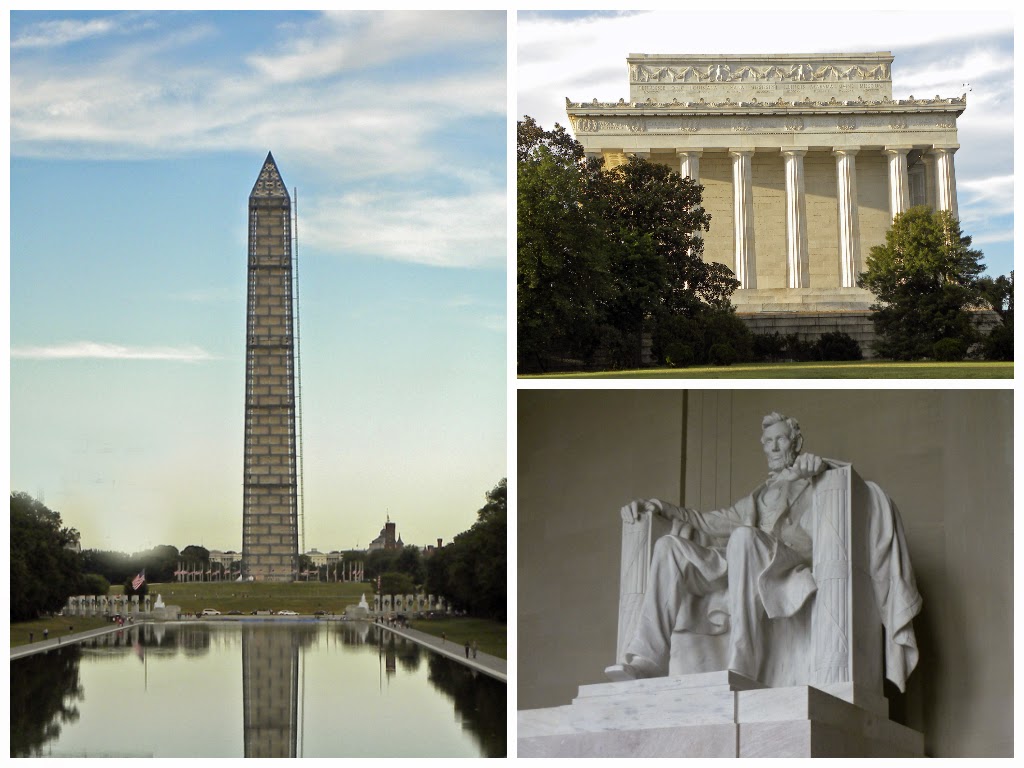 The Lincoln Memorial as it overlooks the Washington Monument. 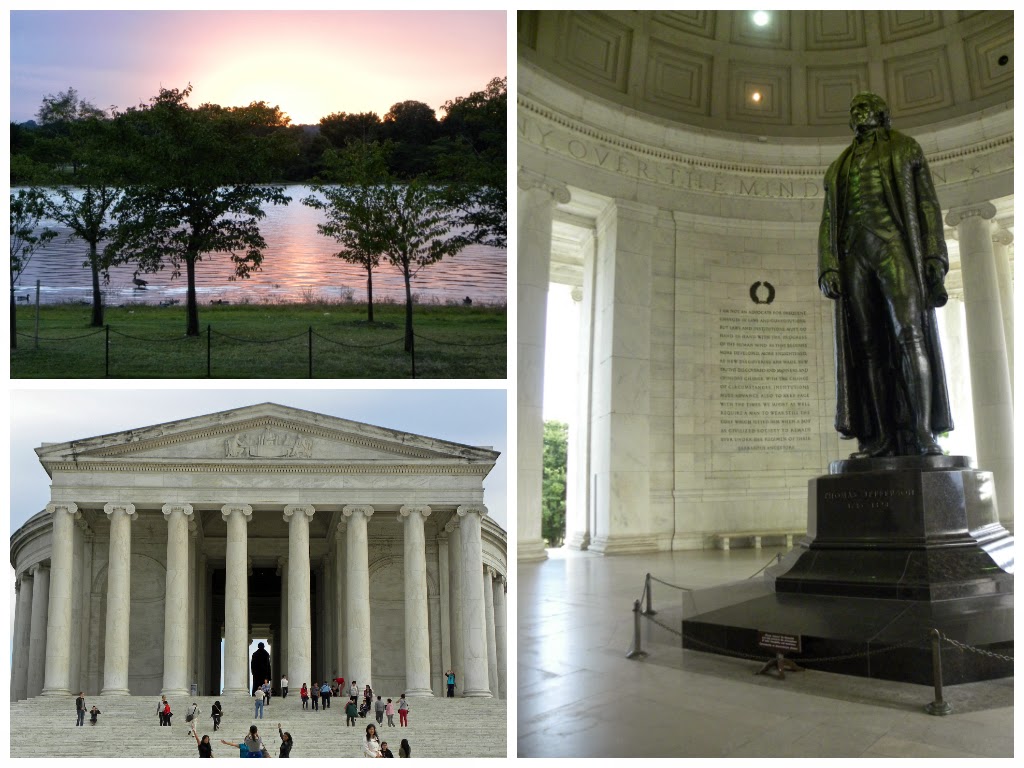 The Jefferson Memorial on the Banks of the Potomac River 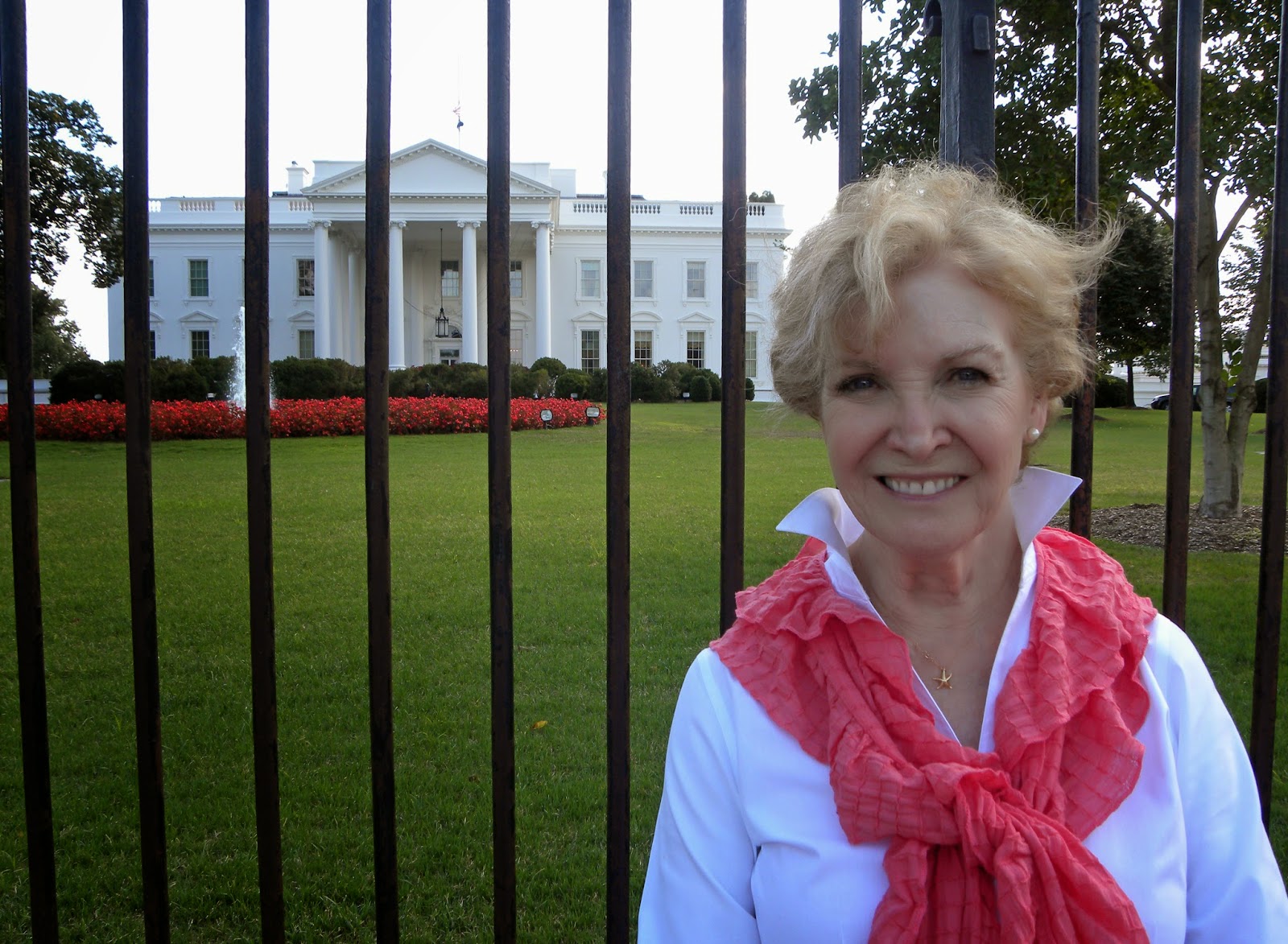 Michelle! Is That You?

I really wanted to tour the White House, but it wasn’t open to the public when I was there. I had to be content with madly waving at the House, hoping that President Obama and Michelle would see me and wave back!

The National Archives Building, Home of the Declaration of Independence

Besides the iconic monuments, I really wanted to see the originals of the Declaration of Independence, The Constitution of the United States and the Bill of Rights, which are housed in the National Archives building. Luckily, it was a small crowd that slowly filed by each of the faded, hand written documents; everyone quietly respectful, realizing the real and symbolic significance of them all.


I searched the large parchment pages for the signatures of Washington, Jefferson, Franklin and all the others who risked their lives in order to create a new country free of authoritarian rule. In seeing their signatures written large on the worn pages, I understood their sacrifice and the incalculable importance these documents are to us and the rest of the world. And, I took the opportunity to give thanks. 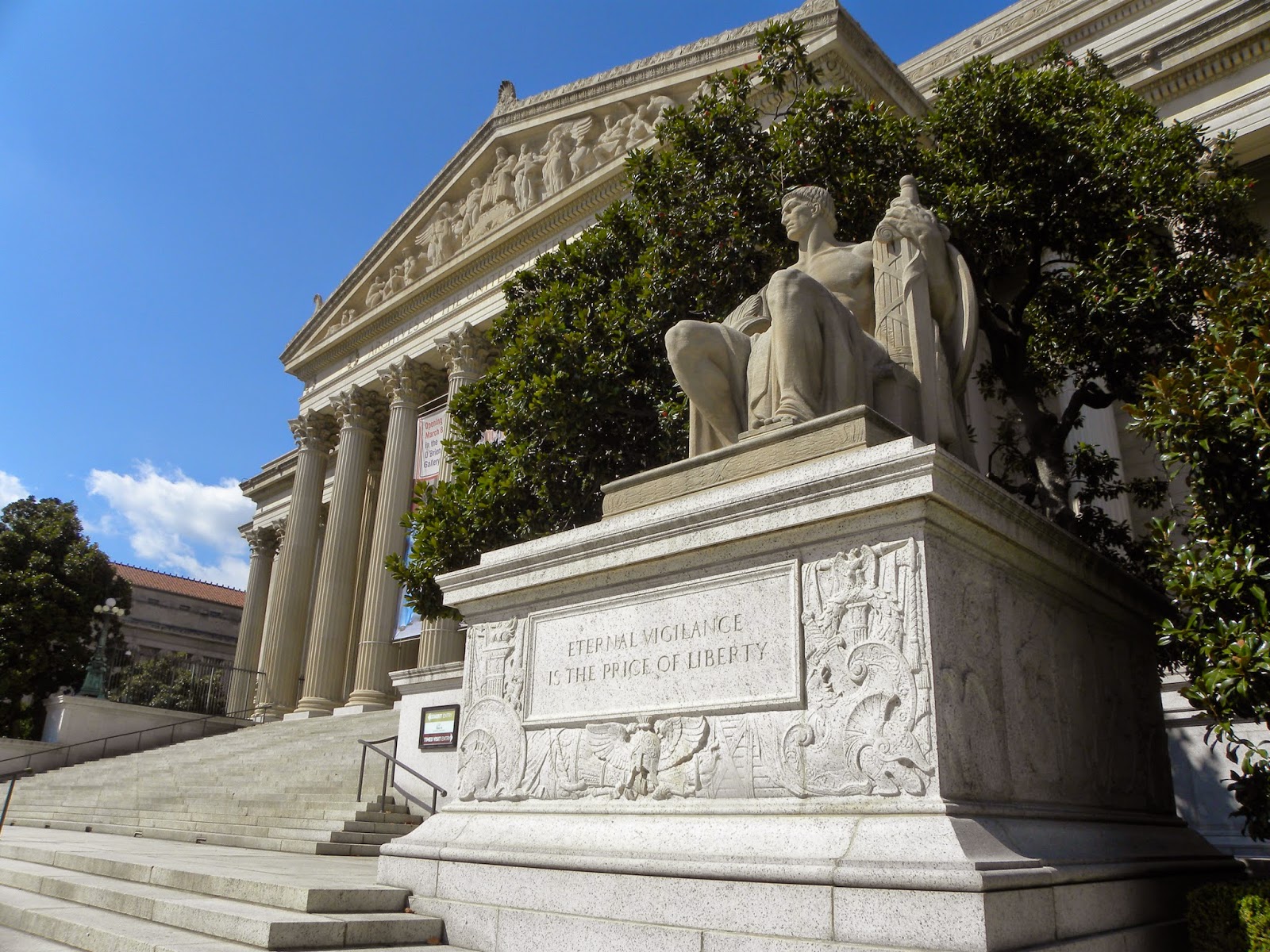 The Smithsonian is the largest museum complex in the world, consisting of nineteen museums, nine research centers and a zoo.  Originally called the United States National Museum, it is the “nation's attic" housing 137 million items, according to Wikipedia. I’d heard that I could spend the rest of my life going through all of them, and I had to choose just one. It was easier than I thought when I heard about the display of dresses worn by past and present First Ladies at the National Museum of American History. “Oooooo, let's see that!” I declared, and off we went. 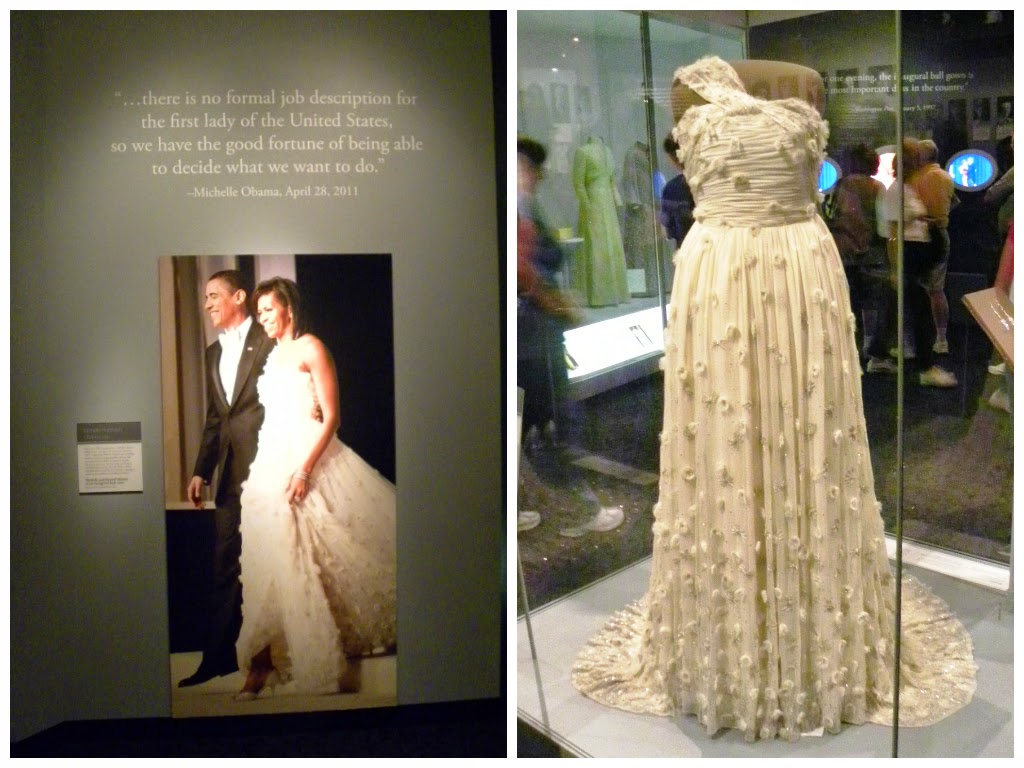 Around the room, displayed on life sized mannequins are the dresses of the First Ladies gowns, many of which are Inaugural gowns. I admired Nancy Reagan’s petite red gown and Mamie Eisenhower’s fashionable fifties number, as well as gowns worn by Mary Todd Lincoln, Dolly Madison, and Martha Washington. And in the very center, as if she just walked away from it, is the dress that Michelle Obama wore on her husband’s first Inauguration. 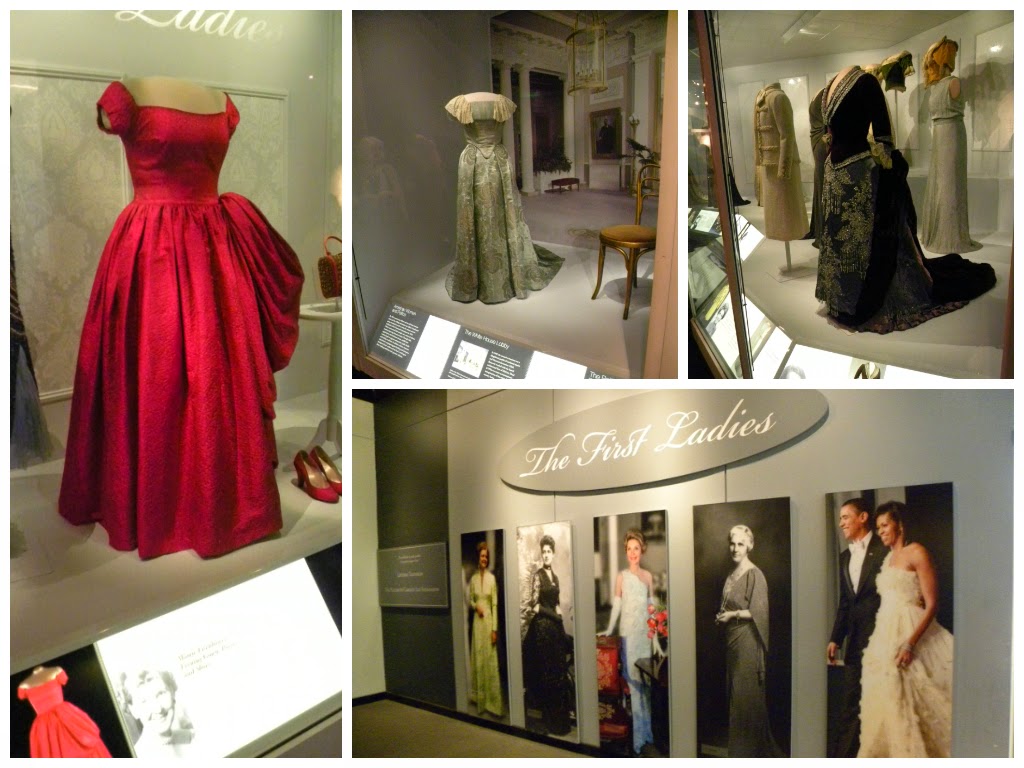 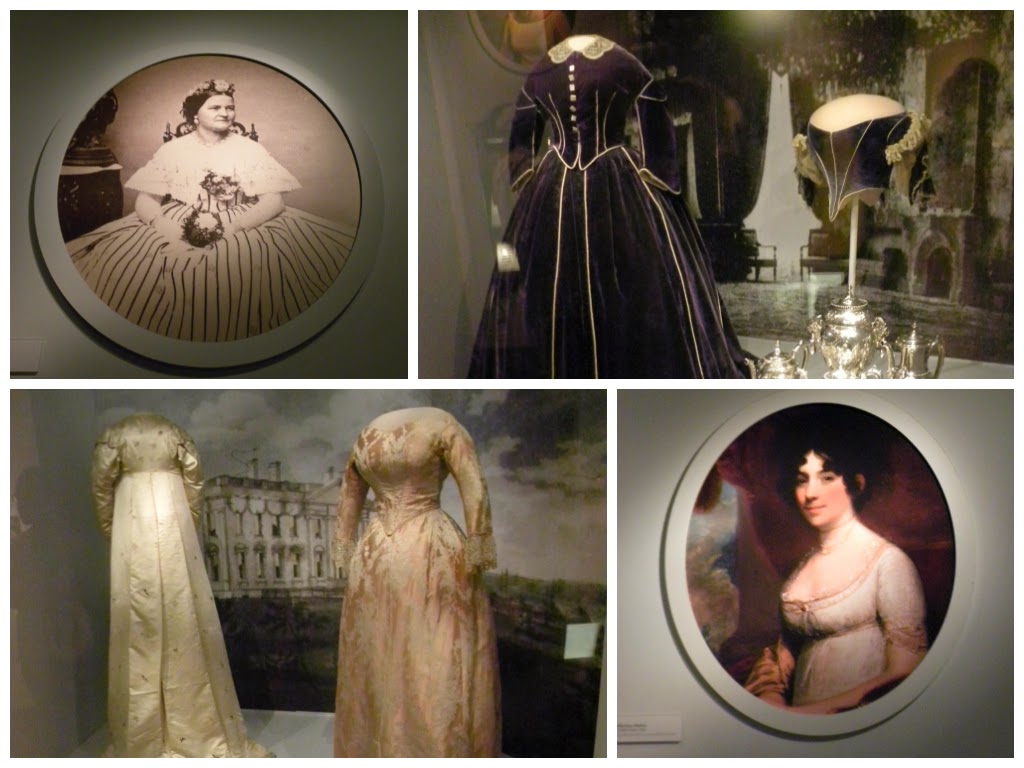 In the same building is Julia Child’s entire kitchen from her cooking show. She changed what Americans ate, swapping out our franks and beans for cordon bleu. Bon appetite, Julia! 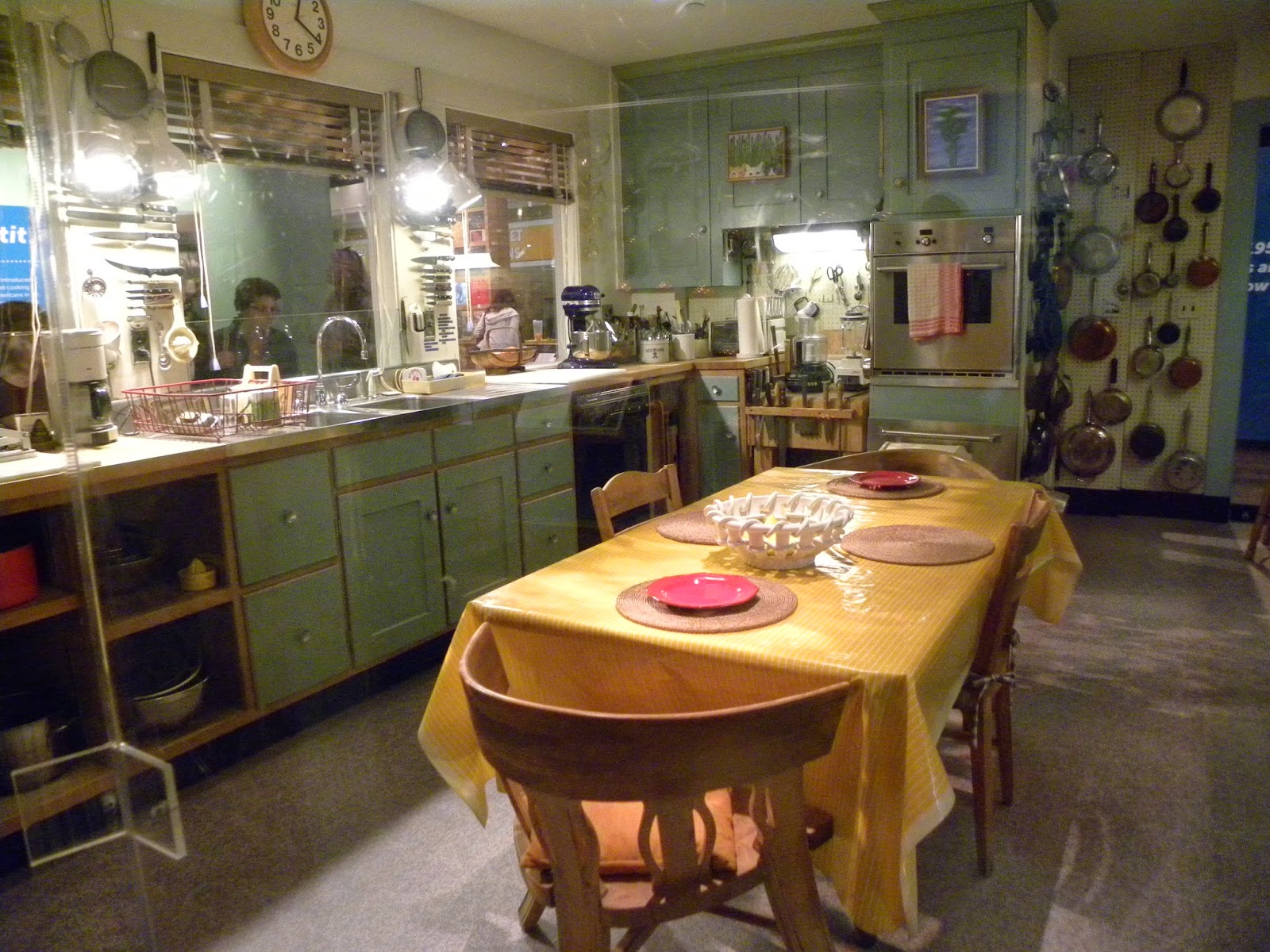 Julia Child's Kitchen in the Smithsonian

Exhausted after a very full day of hoofing it all over D.C., Chuck had one more thing he wanted me to experience: dinner at one of the most iconic restaurants in town, the Old Ebbitt Grill, the oldest saloon in Washington. Located just around the corner from the Oval Office, Presidents McKinley, Grant, Cleveland, Harding and Teddy Roosevelt used to belly up to the bar there. Little has changed over the years; men dressed in dark suits and highly polished shoes, women, impressive in their sophisticated dresses and suits still gather around the bar after a hard day of policy making. I was a little star struck to be in such close proximity to all that political power to be honest, feeling like a bit player in an episode of “West Wing”. Be sure to check it out when you visit D. C. Oh, and the food is delicious!

***Next Time: The Southern Plantations of Jefferson and Madison: Monticello and Montpelier.


Posted by theworldaccordingtobarbara.com at 12:23 PM