If you read my past couple of postings, you'll know I didn't get to see much of Amsterdam, but what I did see was fabulous! It is a visually beautiful city with an impressive history and a very colorful present. On our second day there, we were able to see examples of both...

As most of you probably know, Anne Frank lived in Amsterdam, and during the German occupation of the city in World War II she and her family hid to avoid being sent to concentration camps.  On December 1, 1940, Anne's father, Otto Frank, moved his offices and spice factory to a central location on Prince's Canal. There was a 450 square foot secret annex on the property which was concealed from view and where the Franks and several others hid for two years. The factory remained active during the day time which provided perfect noise concealment for the families in hiding.
They remained hidden until they were raided by the Nazi authorities, arrested, and deported to their deaths in concentration camps. Of the hidden group, only Otto Frank survived. All of their belongings were seized except for Anne's papers and books that had been rescued by those who had concealed the families. Her writings became "The Diary of Anne Frank".

It is one thing to read about this terrible time in history and another to witness the reality of what Jewish families and many others had to endure just to stay alive. It felt like sacred space, standing  in the same rooms as these innocent people. I tried to imagine what it may have felt like to be in a self-imposed prison for 2 years, living with the constant fear of being discovered. Yet, Anne and her family and friends managed to live in love and dignity there. A lesson for us all.

Anne Frank was only 11 years old when she first moved into the Annex. She had always wanted to be a writer. 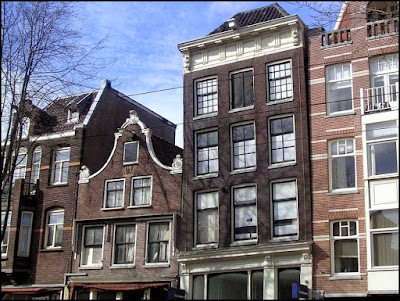 The Frank's factory, second from the left 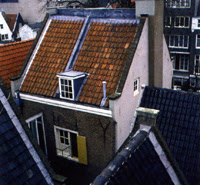 Backside of the hidden Annex. 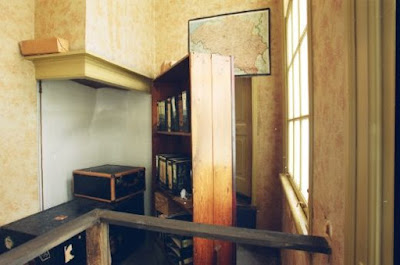 The entry to the annex hidden behind
a book case. 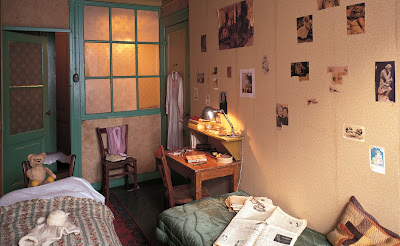 I didn't get to see the Van Gogh museum (darn!) but my friends and I did get to see where beer in gigantic vats is made! The Heineken Brewery is a fun place to visit and to sample their wares. 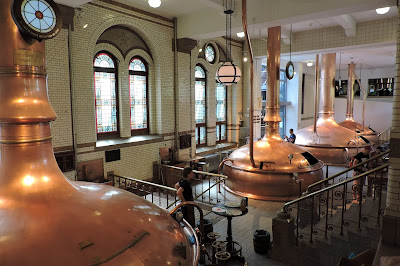 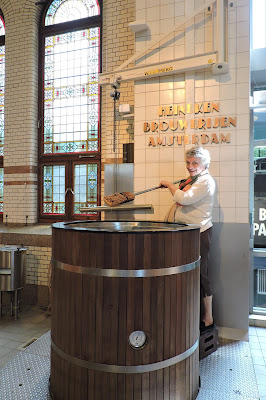 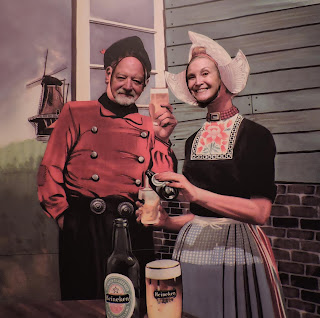 Tom and I sampling the wares--sort of! 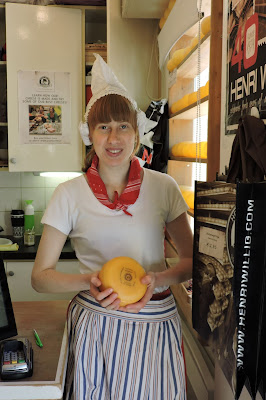 Moving on, we sampled some delicious Holland cheese and Kay even tried on a wooden shoe... 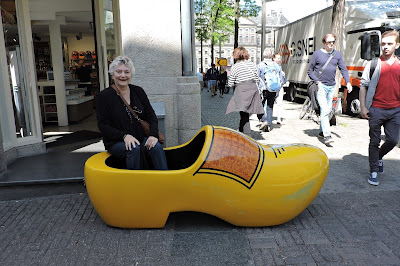 But, probably the most jaw dropping for us was what we saw when on our way to visit Old Kirk (where I fell). Literally in the shadow of the church spire was the infamous red light district. And around the corner were shops to buy all manner of ingenious condoms, plus mind altering drugs. Goodness! I guess Amsterdam would rather regulate than prohibit. Apparently it works for them! 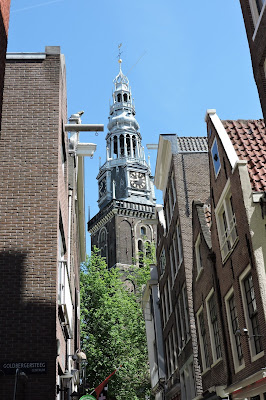 Down this narrow street we find.... 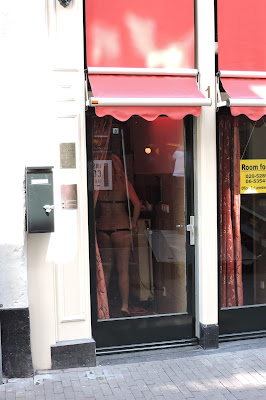 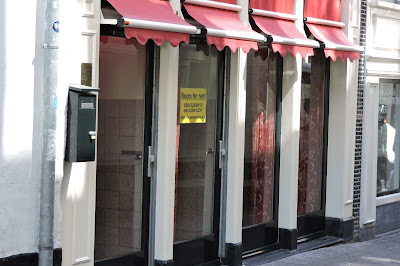 And, around the corner... 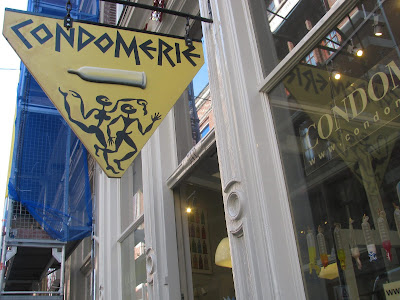 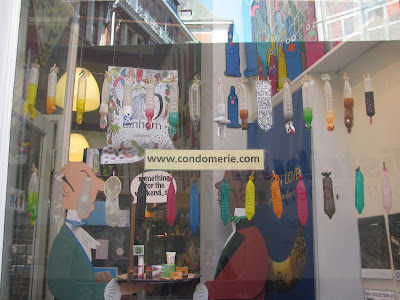 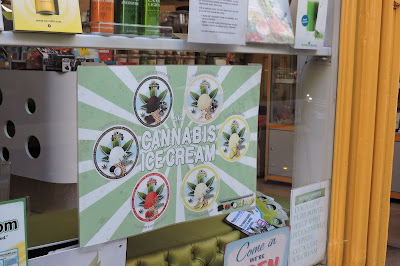 The rest of the trip after this was a bit of a blur. My daughter, Audrey, flew in and joined us right after I fell in the church. I was determined not to ruin their trip, so I went on the Viking Cruise up the Rhine anyway. I waved goodbye to them everyday and they, thank heavens, enjoyed the trip. 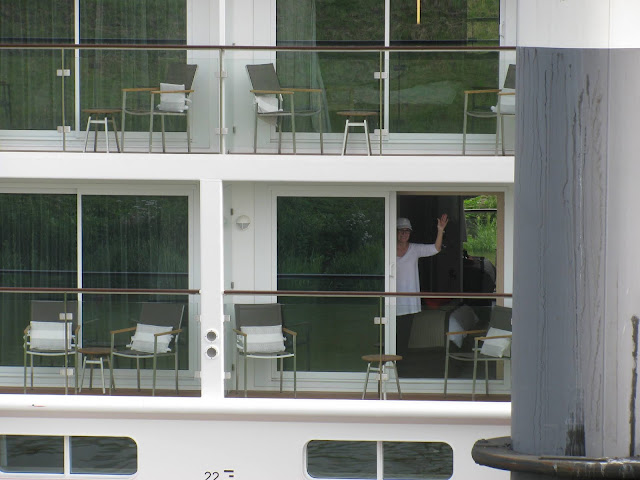 I waved goodbye to them everyday as they saw the sights on land. 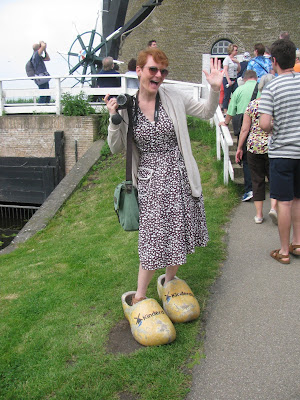 My darling daughter, Audrey! I will be forever grateful for her
excellent care of me both on the trip and at home.

Double click on any picture for a slide show!
Posted by theworldaccordingtobarbara.com at 9:20 AM