Like many bay area people, my friends Kay and Tom bought a retirement home not too far outside of the old gold mining town of Auburn, California. Every time I visit, which is often, I like the place more and more.  Maybe it's because it reminds me of Reno, my hometown, which is just on the other side of the mountains.  Reno, like Auburn, cuddles up to the Sierra's and is about an hour's drive to Lake Tahoe.  Each has four seasons with a bit of snow in the winter.  Reno has a mining town close by, Virginia City, however, unlike Auburn, its Mother Lode was silver.  So much silver in fact, that it's said that the money from those mines built San Francisco.  Ah, but that's another blog...

Auburn, being on the western side of the mountains, is close to Sacramento, and San Francisco is just a day trip away.  It's country, with cattle on green rolling hills, quaint and laid back, yet close enough to urban areas for all the sophistication one can handle.  Like its close neighbors, Grass Valley and Nevada City, it has turned its 19th century dry goods stores into gourmet restaurants, it's saloons with the ghosts of ribald miners and female "gold diggers" into decorator shops, and its livery stables into jewelery stores.  On my last trip there in May, my goal was to attempt to capture photographically just what a great place it is.  And, I learned some history along the way.

It all started on a cold day in January, 1848, in the settlement of Coloma, about 10 miles south east of Auburn.  Jim Marshall, while building a lumber mill on the south fork of the American River, found gold.  Quickly, word spread of  more discoveries of gold along the Mother Lode in the western Sierra Nevada foothills, leading to a frenzied gold fever.  People from all over flocked to California the following year, giving them the name of "49'ers".

In the spring of 1848, a trio of French miners was on their way to Coloma when they camped in what would be later known as the Auburn Ravine.  Of the three, it was Claude Chana who was the lucky one to first find gold there.  The ore was rich and soon a camp developed, calling itself North Fork Dry Diggings, which was not a name for the tourist brochures, so by August of 1949 the camp officially became known as Auburn.  Auburn quickly blossomed into a town of 1,500, and in 1851 was chosen as the seat of Placer County.

Auburn still retains its Wild West mining town aura, especially in restored Old Town.  It is a living museum, still using its original gold rush era post office, stores, livery stables and courthouse.  The oldest fire station in the area sits right in the middle of town, once ready to save the old wood framed buildings.  Beautiful old Victorians grace the undulating hills, and once a year the residents of Auburn and her sister mining towns turn back time to the 19th century during their Christmas festivals and the effects are magical.


New Town, so called because of its early 20th century style buildings, is just up the street.  My favorite shop is the old drugstore with its still working soda fountain and original gray veined marble counter tops.  Sipping a root beer float while sitting on the original round stools just makes whatever you're eating taste extra yummy. 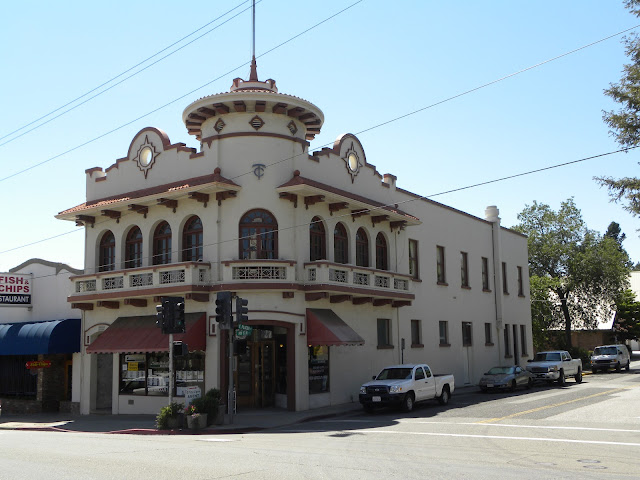 Built on a high knoll, the Placer County Courthouse regally commands the attention of everyone for miles around.  When completed in 1898, the residents of Auburn must have been so proud to see their elegant courthouse dominate the landscape with its refined yellow bricks glowing gold in the sunlight sitting atop ruggedly chiseled grey granite.  It's a show piece even now after 114 years.  Being the county seat, it also served as a jail, housing both male and female offenders.  It quickly became obvious that it wasn't working to have both sexes in the same area, so the females were unceremoniously banned to an impromptu cell under the front stairs.  It was undignified, to say the least, in its lack of privacy and sanitation, however women were incarcerated in this small cubbyhole for 41 more years!  The courthouse still serves as the county seat, and thankfully a museum has taken place of the jail, which chronicles the life and times the the very unique town of Auburn. 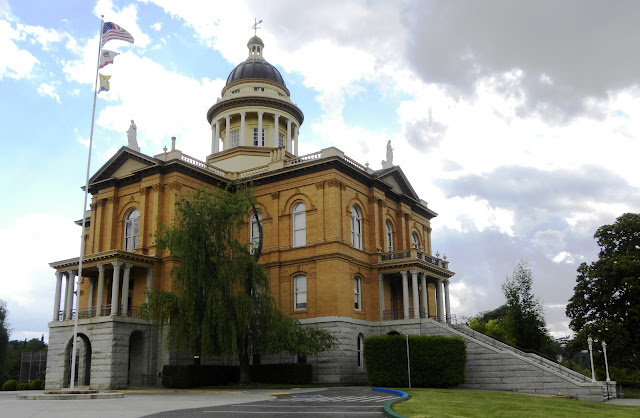 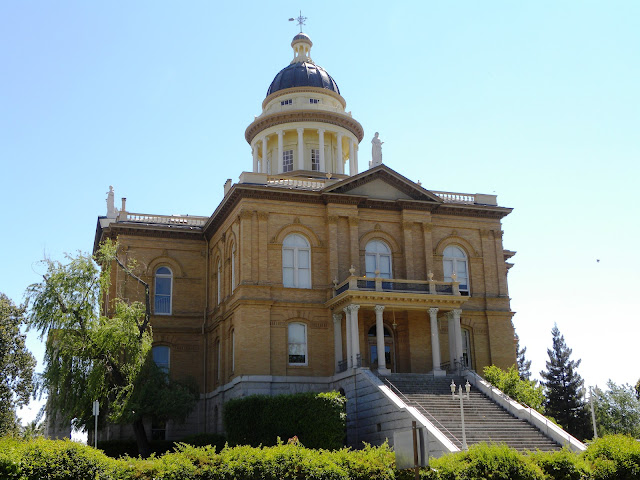 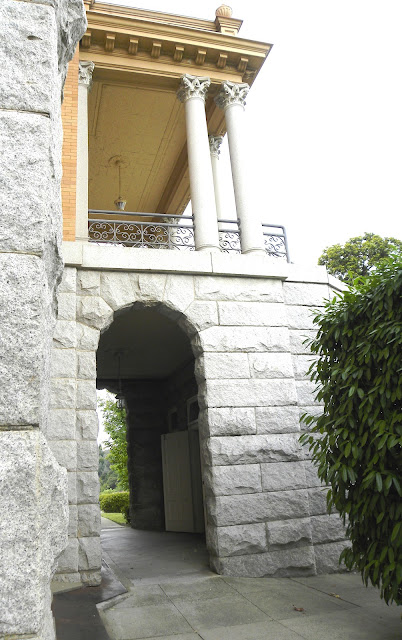 Entry to the women's jail. 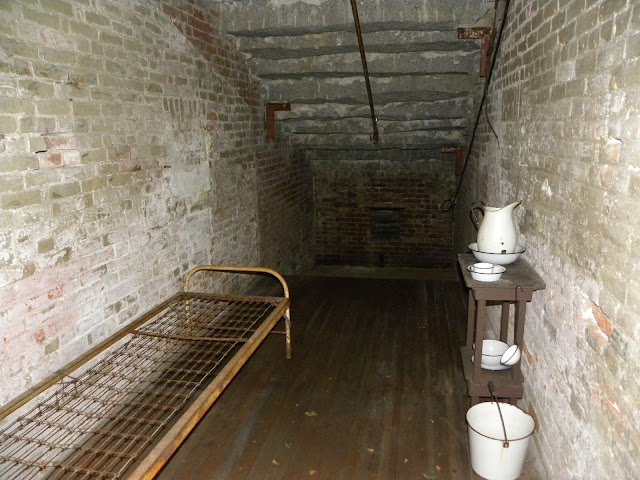 Women's cell under the courthouse steps for 41 years.  Notice the latest in
enamel-ware bathroom fixtures.﻿

Next time:  The Bernhard House, first a Pony Express way station, is a great example of life in the gold rush days.

Posted by theworldaccordingtobarbara.com at 9:58 AM